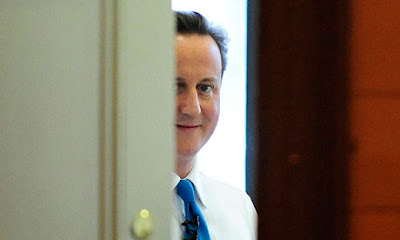 I saw various comments such as the one on Iain Dale suggesting that Cameron put PR to a referendum vote to see if it was a popular idea, which it is.

I couldn’t disagree more. PR might be popular in some quarters but it would lead to disaster, with a weakened electorate and increasingly corrupt governments as in the rest of Europe.

Hang on a minute. Why offer anything? What is Clegg’s bargaining power exactly?

The only thing he holds over Cameron is the threat to form a minority government with Labour, topped up with a couple of parties from the Celtic fringe.

Can you imagine the stink he’d create if he did that?

Lib Dems, you voted Clegg to get change, but instead you got Brown back again. There’s no way Clegg will do it.

In fact, let him go ahead, if he’s dumb enough.

He’d terminate Lib Demism permanently if he did, and ensure Cameron got a thumping majority when the Lib Lab coalition falls, which it would in no time.

Cameron need only be playing one game with all comers – hardball.