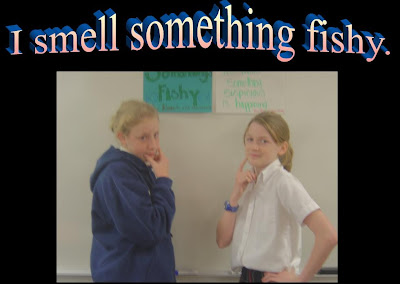 BBC – Exit polls suggest the Conservatives will fall 21 short of a majority, amid anger as queuing voters are turned away from polling stations.

Banana Republic Britain turns away voters at 10 pm sharp. Postal voters can vote without even providing ID. Proxy votes can be given with only a signature. But anyone who actually turns up to vote is sent away again.

It sounds as if No Overall Majority will win with Cameron having the most seats. Brown will not resign as Prime Minister and it’s all a big anti-climax. Due to well established electoral practices such as postal voting, and newer ones involving proxy votes, it will be very hard to get rid of ‘New’ Labour through the ballot box.

So much for the Cleggasm, and so much for all the polls. The Lib Dems are doing badly, not even winning Guildford, a top target.

Turnouts are up almost everywhere, and esp. in marginals. Also, plenty of Tory & Lib Dem & Other voters have gone postal.

Heard the lady from the electoral commission or whatever, she said offical rule was to slam door in faces of voters in line at 10pm, indeed that nobody could vote after 10pm, even if inside the polling place.

That’s one election law or reg or whatever that needs changing. Ditto the one that fails to require verification of all signatures on all postal votes.

At least the public are aware the role that postal voting plays in British elections now. In 2005 Blair got away with it entirely. This time there will be talk and many will be wondering. They’re even trying to shut the door on real physical voters, they are so determined to get their result.

It looks like a Hung Parliament, and another election needed to get rid of Gordon Brown will be required within 12 months. With democracy so badly served, the hatred of Brown, Blair and all their works will be intense.

Is any website giving useful real-time predictions of either seats or %? (I haven’t got TV!)

The golden rule has bitten the dust.

Swing so far seems much smaller than Tories hoped for. 3.5% after 61 declarations. Might it increase later in the night?

It now seems clear that we can rule out a Tory majority.

Missed too many key targets already, and Scotland and Wales not seeing movement.

Canterbury 5.4 swing from con to LD.

This whole thing is just weird.

Even the old hands are spotting that there is something fishy about this election.

235.Why the frig are BBC/Sky/ITV not updating their predictions?

I really do think we’re heading for a Con/Lab dead heat here; clearly the Tories won’t get to the 305 in the exit poll and Labour are doing better than they feared.

I wonder how people are going to react to Gordon staying on as PM?

Because, Bob, they are waiting for their instructions from Brown Central. They’ve overdone the fraud to the point that it’s obvious, and Brown can’t think what to say about it.

One place where democracy is spilling over is into markets. Currencies are tumbling. Stock markets. We’ll now get the full economic treatment that banana republic government deserves. We cannot get rid of Brown the normal way through the ballot box, so market confidence will crash to the very floor.

It’s the same with the Euro. Reality is being prevented. Greece should never have joined, and should now be helped to leave. But the arrogant fools who run the world, or think they do, cannot permit a mere election to terminate their power, or admit to any errors or mistakes. So we will now go through the full works as they bankrupt the system in support of their arrogant omnipotence. 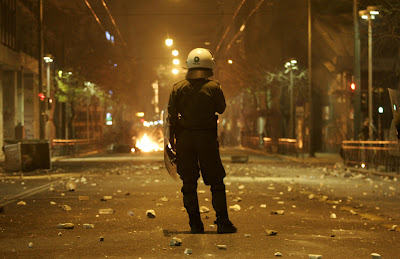 The crash that was stopped in the US yesterday (just) will resume shortly. There is now no other way to get the progress we need, other than the way they are working in Athens, seeing the whole edifice being smashed to pieces. Blood on the streets. The full works. Democracy, once it resumes, is really so much cheaper.

317.I don’t know what the f!ck is going on now,Cons missing easy gains,yet win some real outliers,Lib Dems totally failing.
Never mind the 70’s,this is going the way of the 1920’s!!

It’s the picture you get when the government uses fraud to fight the known marginals. The loss of outliers shows the true collapse in their vote, where they thought they would win without the assistance of fraudulent practices. That’s what’s going on, but will you realise this time? That is the question.

Remember. People only get involved in rigging to change results. And they go about it to be sure that they get the outcome they want. The only wins for the Conservatives are seats Labour never expected to lose, where rigging practices are small.

We await the final picture. No wonder the broadcasters have no idea what to say.

The problem Sean is that it’s not a uniform swing. It’s all over the shop.