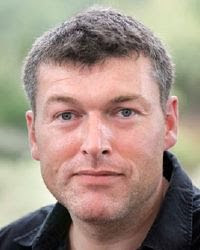 Philip Lardner, the sacked candidate from the lovely North Ayrshire And The Isle Of Arran

Cameron and Clegg have a liberty agenda, which includes the ending of the proposed national ID card system, and stopping of the centralising of personal computer files, in amongst other things contained in their coalition manifesto. They are refusing to allow Britain to come under effective EU economic rule,by refusing the Euro as a currency, naturally enough, but also by stating clearly that we will not be part of a Euro bail-out, and even, according to The Hindu, that Cameron will veto an EU bail-out if one is proposed in a New Treaty.

Here are liberty-loving anti-authoritarians you imagine, who will keep our country free, and end the years of Labour’s kneejerk authoritarianism.

Yet within the Conservative Party, Cameron, at least is proving very far from anti-authoritarian, taking every opportunity to crush potential threat to his leadership from internal opposition, closing off threats from the 1922 Committee only this week, which allows the Payroll within the Parliamentary Party to block rebellions from the backbenches.

His handling of Constituencies has proved no less forceful, as candidate selection has been carefully controlled to ensure organisation-loyal and less rebellious or self-opinionated types have been elected.

I met him for only twenty minutes at a House Of Commons constituency visit, organised by our MP Owen Paterson. I took away a feeling of a very excited and determined individual, who understood what the game of politics required, but not a person who wanted to crush freedoms.

David Davis will find it impossible to find a weak link, but the existence of Davis waiting in the wings, hoping a liberty agenda will pay off for him ensures Cameron will become the libertarian’s libertarian. But there are some worrying signs.

And the outrageous treatment of a Conservative candidate:

Philip Lardner is a friend of mine, and was Conservative Candidate for North Ayrshire and Arran. He is also, as it happens, the Freedom Association’s point man for Scotland. Yet he was dumped by the Party as its candidate, during the course of the campaign.

His offence, it appears, was to say that while all citizens should have equal rights, he personally, as a Christian teacher, was not prepared to teach homosexuality to the children in his charge. To discipline a man for the simple expression of a conscientious view goes beyond mere political correctness.

It amounts to extraordinary intolerance. It is positively Orwellian thought-policing, and we should be ashamed of it.

In Cameron’s Conservative Party, Liberty is ‘as defined’. He will not win the affection of his own Party. 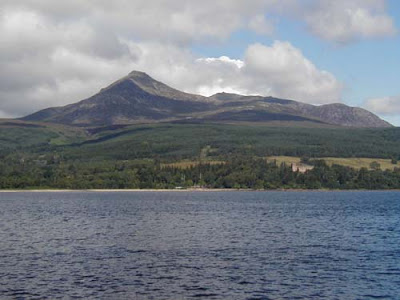 Goat Fell on The Isle Of Arran. One of the best views in the world from its peak. 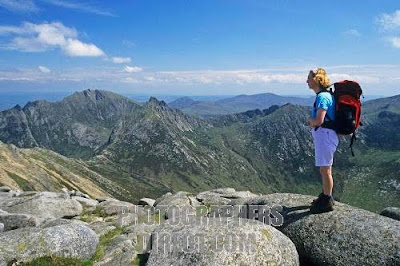