Since Malcolm Pearson took over the UKIP leadership, the party, without Farage at its head, has struggled to sound convincing. The Party has roamed around trying to raise a stink about the Burka, for example, and the issue of Moslem extremism, heading off the BNP, but the trouble is that Brits are essentially a highly tolerant bunch. We don’t really care all that much about different cultures and races, and are more exercised by the loss of our freedom and democracy, and the sufferings of excessive regulation, than the key BNP type issues.

But today in The Telegraph is an issue which is bound to get Brits agitated. The EU has decided to ban a chemical vital to the production of cricket bats. This is not getting upset about other peoples’cultural preferences. This is an attack on our own.

The Telegraph reports that the English cricket bat industry has claimed it is under threat following a new EU directive introduced on 19 March banning the use of a vital insecticide, methyl bromide, used for treating willow before export outside Europe. Only four Essex-based companies export English willow to the rest of the world and suppliers say their businesses could close down in three months if a solution is not found. 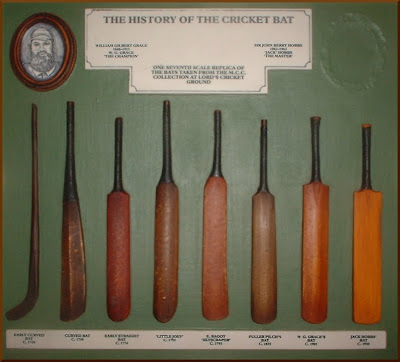 This is meat and drink to a Farage speech. The good people of Buckingham will be far more bothered about the end of the English cricket bat industry, than the occasional burka floating gracefully down the High Street. In fact some designs would be positively welcomed…

One Response to “UKIP Must Save The British Cricket Bat”