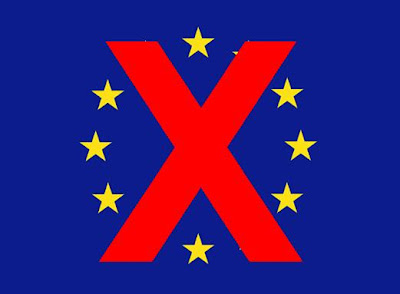 The next phase of British politics is going to get messy, whoever ‘wins’ the election. There is a high chance of a serious rigging operation being put into place to keep Cameron out, even though without such a rigging of the poll, he would inevitably win a clear majority.

One seat where there will inevitably be a purposeful rigging effort put in place, will be Buckingham, where the ‘network’ will seriously want to keep Bercow secure, and Farage out. It will be a key seat to watch. If Farage is kept out, and people suspect foul play, for many, it will be a turning point – a moment when people will see that no matter what party they vote for, the totalitarian machine will march over all democratic attempts to stop its progress. (Stevens the new Independent in Buckingham already looks like a plant being used to muddy the clear waters of a Bercow-Farage confrontation.)

It is always an interesting point that Ken Clarke’s Rushforth seat was one of the top two for postal voting volume in 2005. The system knows full well which seats it wants protected. All the other big postal vote seats in 2005 were labour.

The byelections, most suspected of being rigged, by my estimates, were Sedgefield, when Blair retired. The BNP allege that their vote was kept down by ballot box tampering. They tallied the numbers entering polling booths and found that the number of votes at the count were substantially less than the number of people who voted on the day. Blair or his successor would clearly be on the ‘protected’ list.

Glenrothes East stands out also as a seat which was heavily affected by postal voting giving a surprising result. The register disappeared. Months later it reappeared blanked. Glasgow North East was another byelection where suspicion of the result hangs heavy.

Continual closer and closer opinion polling is being used to bend peoples’ expectations, so that a hung parliament will not be a surprise, or even a Labour victory. This is all evidence that the election is going to be rigged to keep Cameron out.

If the Conservatives fail to prevent a fourth term for Labour, however, many eurosceptics feel that this will crash Cameron’s leadership, and people like Richard North on Eureferendum even desire this outcome. If Cameron won’t fight the EU now, he needs replacing, is their approach. If he doesn’t offer a referendum on the EU, he doesn’t deserve to win. The trouble with this logic is that any party offering a referendum on the EU would not be allowed to win.

The same ‘ideal result’ calculations will be weighing with those who aspire to controlling the election result. (Ask yourself, ‘why be involved in rigging at all, unless you expect to control the outcome?’) If Cameron is seen to have lost the election, the Conservative Party will very likely swing to the ‘right’ once more, and quit the centre ground. In times gone by this would lead to loss of support, and a heavy savaging by the media.

But as jobs shrink and pay falls, and house prices edge lower, there will inevitably be more polarisation of opinion, and a strongly eurosceptic Conservative Party would attract support. Centre ground politics works in the good times. Once the economy hits the buffers, society more easily divides into its sections, and politics swings back into more confrontational form.

The ‘controllers’ will fear a Cameron defeat because this might accelerate the creation of an openly and activist anti-EU Conservative Party.

If Cameron wins with a small majority, however, he will be vulnerable as Major was to eurosceptic revolt. Twenty years on from Maastricht, eurosceptics are in the ascendant, and would likely win the next equivalent of a Maastricht battle. If the EU needs new treaties to deal with Greece, this would be a worry.

Cameron with a smallish majority might, on the other hand, put up a blistering fight with the EU on his own initiative, without the need for backbench revolt, and swing Conservative support and the minor parties ever more strongly behind him. This scenario would clearly worry the totalitarian election planners the most.

Clearly the scenario the controllers desire would be a situation where Conservatives stay loyal to Cameron, where he doesn’t win an outright majority, and he is embroiled with negotiations with the safely europhile Nick Clegg and Gordon Brown. In effect this would neutralise the threat of rebellion emanating in whatever form from a resurgent Conservative Party.

That is why my proposed eurosceptic strategy is first to support Cameron, not to destroy his chances intentionally as suggested by Richard North. If his support is overwhelming to the point that election riggers cannot make a hung parliament look like a natural result, he might scrape a majority. That is still the best scenario for eurosceptics.

From there the eurosceptics can either back him in his EU negotiations, or sack him and have him replaced.

If there is a Hung Parliament, and Cameron is temporarily castrated by being forced to parley with Clegg and Brown, I would still stay loyal to Cameron in case a crisis forces another election, where he can seize power in a second election.

Only if he is unable to force such a crisis, and has clearly and undoubtedly betrayed eurosceptic trust beyond all question (which he has not done as yet) would I go for the palace revolution and his replacement from the back benches with a UKIP-type referendum-touting regime taking over the Conservative Party.

And they should remember that Cameron would never have got to where he is had he been openly eurosceptic. He has to play both sides. At the very least europhiles and the BBC have to believe that he might be a sell-out, or he’d get the IDS treatment.

Lord Pearson imagines himself the only one not playing cricket. He can’t read the tea leaves at all. Apart from Farage, UKIP needs to be a bit more careful in this finely balanced, approaching political confrontation, in which, the little that is left of Britain’s democratic existence is entirely at stake.

20 Responses to “My Eurosceptic Strategy For The Coming British ‘Election’”