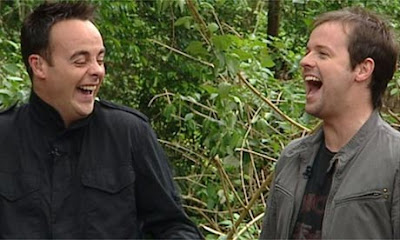 would ant & dec, presenters of reality TV show ‘Í’m A Celebrity. Get Me Out Of Here’ be the ideal promoters of proper TV debate?

In the 1970s Harold Wilson famously stated that a week is a long time in politics. A generation later, plus a telecommunications revolution, the time horizons of political life have narrowed even further, almost to the point of disappearing. This has had the effect of making politicians hide from their audiences, and increasingly withdraw into their ivory towers. When they push themselves outside the bunker and face real people in real life situations, the effects can be downright comical. And yet only by the politicians daring to have a little more real exposure can the quality of political debate be lifted from its current dire straits.

Yesterday we saw a classic example of what happens in one of these situations. Gordon Brown met a real live straight-taking voter for the first time in years, and he took it very personal. It was funny, sad and informative all at the same time.

Brown gave his honest assessment of the relatively friendly Mrs Duffy one second, (wrongly calling her an ex-Labour voter. It’s Brown’s inability to take in information which is his greatest weakness) and within minutes, the networks were full of nothing else. Chaos broke out, and the dust has still not settled.

But Brown has struck on something here. This is surely the right format to improve future political communication, with instant feedback from members of the public, assuring a proper drama worthy of the term political discussion. This is not just a story about Gordon Brown. The yawning chasm between politicians and voters has grown beyond an acceptable point.

No more televised debates and a narrowing of issues is required. Nor the sterile TV studio where image games are played out to the detriment of serious debate. The random unannounced walk through a crowd of people who have no idea the politicians are coming is the way to open up politics once more. Reality on TV, just as with drama and entertainment, so with politics. This is the way to make communications technology work. Make things real.


guidofawkes — April 28, 2010 — Guy News brings you a musical number on the tragicomic result of Gordon’s encounter with a real person.

As I wrote on PB just now –

Will Mrs Gillian Duffy please subject all the party leaders to her question and answer techniques?

She says she wants to know about debt and immigration. No messing.

Brown cannot really claim that the debts are not his fault, or the immigration overload.

Clegg isn’t sure what to do about debt.

As an MEP he voted for for the EU Common Asylum Policy.

He has decided to cap immigration.

If Mrs Duffy’s decided to abandon Brown based on policy, she should by rights be a Cameron supporter by now.

If in addition to asylum and debt issues, she wants to keep the Pound, then Clegg’s mincemeat.

If Mrs Duffy can so easily swing the course of political debate in a few minutes, and make issues so clear to understand, then this is the way to go. All the hours spent in confrontational debates and discussion in front of TV studio cameras is achieving nothing. Uncensored random walk technique (URWT) will discover the nation’s Mrs Duffys, and show our leaders as they truly are.

The quality of our country’s political debate would increase a hundredfold. Full marks to Gordon Brown for showing what can be done. Street level Political Reality TV is where it’s at.

(although if she hadn’t been wearing a heavy red-lapelled jacket, would Brown have approached her?, one wonders.)

Now then Clegg and Cameron, get out there in the jungle of public opinion, and let’s see if you’ve got what it takes.

Let’s not have an X-Factor Election, all puffed up and airbrushed with professional interviewers setting agendas. Let’s do Big Brother. Let’s get real. As Gordon was in effect saying yesterday, ‘I’m a politician. Get me outta here’. More of this please. Get them out of the studio and into the jungle. 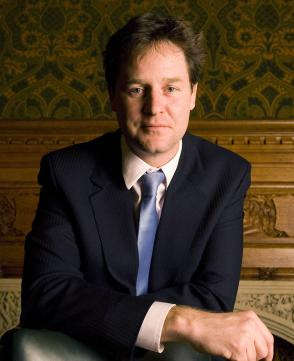 haven’t we had enough of image politicians with cryptic policies?

Iaindale quote of the day –

“It’s not about immigration itself,
it’s about respect for what ordinary people think.”

The street walking debates should be compered by Ant & Dec, with BBC, ITV and SKY political interviewers sidelined.