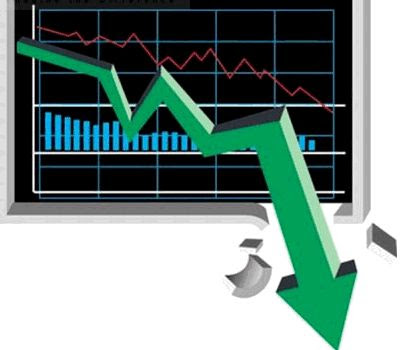 The fall in one hour from 5700 to 5600 in the FTSE yesterday evening gave the market its biggest one day fall since November 2009, over 150 points or 2.5%. (Futures are at 5575) The fall in stocks was not only a British affair, and went right round the globe, ostensibly due to the collapse in hope for a timely Greek bailout.

Behind that came the report of a downgrade in Portugal’s debt rating, and hints from China that the boom there might be getting close to its end. The one year stock market boom which has seen stock prices recover by 70%, a record rise throughout stock market history going back over centuries, could now be over.

The Telegraph writes – Jitters about the fate of Greece and the impact on other indebted countries, such as Portugal, triggered a mass sell-off on European indices.
The ratings agency Standard & Poor’s cut its rating on Greek sovereign debt to junk status. S&P also cut its rating on Portugal’s long-term debt to A- from A+. Although Portugal retained an investment grade on its bonds, S&P said its outlook on the country was “negative”

Whatever the reasons and the explanations, there is only really one single cause worldwide of the current financial troubles. That is debt. Debt has run up so high around the world that there are few places not affected. When people believe that the worst is over, prices surge, but once people realise that the problems are more heavily entrenched, collapse in confidence becomes inevitable, and prices tumble once more. Yesterday at around 4pm London time, fear of such a slump kicked back in heavily around the globe.

The EU had tried to keep the next phase of economic bad news out of the headlines until after the British election was complete. But now it seems that Brown will be going to the country with sterling and the stock market both heading into the next fall south, along with European indices and the Euro. 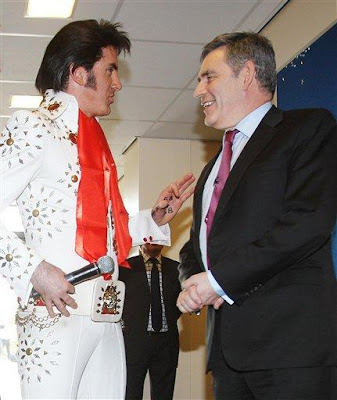 They say a week is a long time in politics. By May 6th the financial picture could be one of shock at the sudden fall in confidence. If so, politics cannot be unaffected. Brown’s polling level must surely head to the floor. Cameron’s hopes of a majority might be saved, as voters instinctively realise that a Hung Parliament is entirely the wrong response to the most serious financial crisis the country and the world have ever faced. 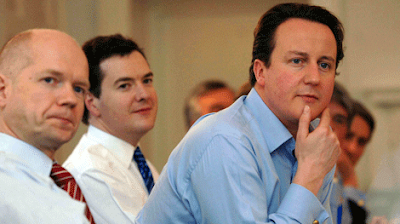 Inside the Conservative Party, there is a lot of excellent material, ready and able to tackle economic decision-taking. None is as experienced and knowledgeable as John Redwood. Cometh the hour, cometh the man? But that would be after an election, of course. 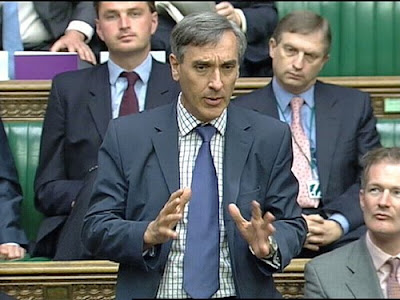 Or will the British people prefer this to be an X-Factor election, where glamour and celebrity override all serious considerations of our economic future? If they do, the result will have a catastrophic effect on markets.

UPDATE – down another 1% this morning in first hour. Is this the year long bear market rally done with? It’s time to sharpen those government spending pencils. The rougher times are back. Frothy items like Cleggs should get blown away as well as incompetent ones like Brown. This was not meant to happening until after the election. It must help Cameron to rebound.