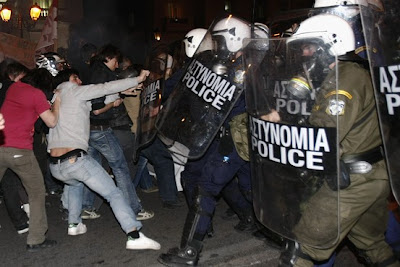 Its yield has risen from 4% four weeks ago to near 19% yesterday.

These rates tell you that markets don’t believe the supposed bottomless pit of money from the IMF and the ECB will change anything. The problems of eurozone debt are simply too vast for any bureaucratic solution. The only way countries like Greece will find any resolution is by coming out of the Euro, not by borrowing more and more in an attempt to stay inside.

Here is a tiny one line report from Bloomberg.

Greek two-year notes opened lower, sending the yield on the securities 174 basis points higher to 18.71 percent as of 7:44 a.m. in London.

It’s amazing how such important news gets only one sentence in Bloomberg, and all the promises coming from the EU and the IMF get the headlines, bamboozling investors into believing the crisis is over. Such as The WSJ.

Interest rates rising five times in a month? Come on. 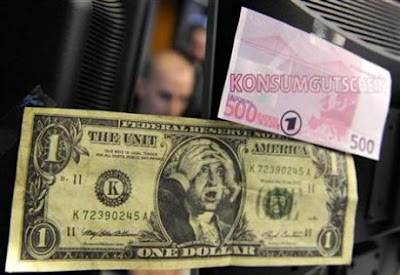 a German trader’s take on the promised bail-out

Investors were comforted by signs the package could be worth as much as 100 billion to 120 billion euros ($133 billion-$158.5 billion) over three years — much more than an earlier reported 45 billion euros.

And that’s just to save the Greek Euro. There are plenty of others in need of a fix.