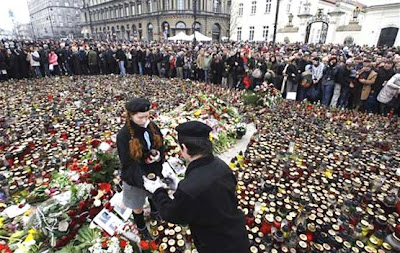 Who does Nick Clegg think he is?

He lets rip at the political beliefs of Cameron’s allies in the EU Parliament, who are the proteges and allies of the recently assassinated Premier of Poland, President Kaczynski.

He referred to all these people, of who I doubt he knows hardly even one in any detail, as homophobic, anti-Semitic and racist. One commenter on Political Betting writing this morning said this in reply –

Simon, I’m half Polish, and you have to remember it is a Catholic country and has some outdated ideas. They will get there in time, but it will take longer than, say in the UK. I was lucky in that my dad wasn’t hung up on stuff like that. He had a very old fashioned view as to a woman’s role in life, but racist, anti-semite, homophobic no he was not. I know he would have been angry at what Clegg said tonight.

Clegg should show respect to traditonal Polish nationalists who have just suffered a terrible tragedy and should not be politically dancing on their graves. If he cannot see that David Miliband’s smears against traditional Catholic Polish beliefs are wrong and downright rude, then he should simply keep his mouth shut. 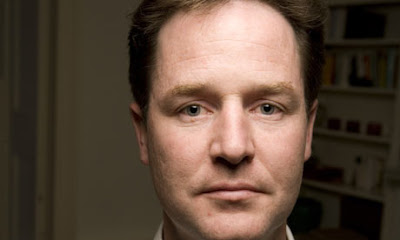 As I said on Political Betting, in reply, you have to call it an incredible coincidence how a series of national politicians in the EU have died violent deaths in succession. Pim Fortuyn in Holland. Jorg Haider in Autria and now Kaczynski. We were warned by Litvinenko that the Russian FSB had penetrated the EU at the highest levels, and that was why he was eliminated with polonium in London. The only world leader brave enough to state the obvious about the Polish plane crash is Mikheil Saakashvili, President of Gerogia, who stated on CNN that the ‘crash’ was an evil act. Here is someone who knows first hand what dealing with Putin and his allies is all about.

Clegg is either stunningly naive, or downright evil to be dancing on these peoples’graves. How many more will die before Clegg’s EU paymasters are brought down, and Europe’s nations can breathe free once more. It makes you realise how brave David Cameron is, and how we don’t need an idiot like Clegg anywhere near the government of Britain. He hasn’t got a clue.

See the details of the Polish crash here.