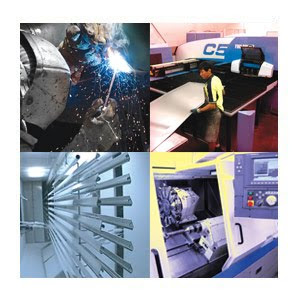 Manufacturing has fallen in the UK from 20% of the economy twenty years ago to 13% today. Throughout this period the £ sterling has been through many swings, hitting a low in 1992 at $1.40 when we crashed out of the ERM, and surging after 2001 to over the $2 level in 2008, with growth fuelled by the credit boom.

Things are now heading the other way. Credit is tightening. Sterling is looking at finding lows against the dollar and the euro, which have not been not seen for a generation. Maybe we will even see parity with the dollar before long, and below par against the euro.

As our reliance of financial services reduces, our economy will be looking for ways to rebuild itself. And part of the way will be a recovery of our manufacturing industry, greatly helped by having a much lower currency.

Britain has never lacked technical ability. We have, though not always been successful at manufacturing as quality and reliability have let us down in the past. We were held back by class struggles and industrial conflicts so often in the past, when the requirement to compete internationally was not so intense and obvious as it is now. But as class warfare becomes a distant memory for older folk, and something not even thought of by younger Britons, the way seems clear to have a fresh start and enjoy a completely new approach to the making of products in Britain.

The businesses that make things will find they have a far easier time of it than they did in the last few decades as making things in Britain had become impossibly expensive, with our rising exchange rate, and uncooperative people. But now the opposite effect is happening. The £ is tumbling and customers are realising that what manufacturing is left, in many cases offers the most competitive and best quality and reliable supply. Those who’ve been to Asia to source their goods are finding that the cost savings are reducing, the delivery times are long and they don’t want to buy the huge quantities they did with the recession cutting demand. They need more flexible suppliers, quicker to deliver, and more adaptable to changing trends. Britain can compete once more.

People bemoan the lack of skills we suffer from, but skills are far more easily learned than they used to be with things such as CNC, computer controlled tool-making machines the standard nowadays, and manufacturing designs brought online from the computer screen direct to the plant in many industries. Britons are good at computer skills and these are as much the key to manufacturing as years spent mastering lathe work, and other crafts, as in years gone by.

Manufacturers who have stood firm during the lean times in the last ten years will see a revival in their fortunes, as the financial services industry starts to take a back seat. Jobs will return to businesses that make things, and communities be held together once more by local employers expanding their output and recruiting young workers.

The only element that could make the party complete would be a reversal of the employment regulations that have made employers unwilling to employ, the restrictions imposed by Industrial Tribunals and the ability to select or de-select staff based on their ability, and suitability. Britain freed from EU regulation, outside the Euro with a lower currency could enjoy a bursting revival in manufacturing in the next ten years.

It will be Gordon Brown’s second great gift to this country. He kept us out of the Euro. And now through his debts he’s collapsed the currency. As they say, every cloud has a silver lining. Shame about the debts, mind. Maybe the Conservatives will provide a milder form of government without Brown’s extremes. Paying for the debts will be hard-going, and bringing government spending under control, but the flipside will be the opportunity to rebuild manufacturing once more, and have a more balanced economy.

TODAY’S NEWS – British manufacturing reported a 0.9% decline this month against an expected 2% rise.