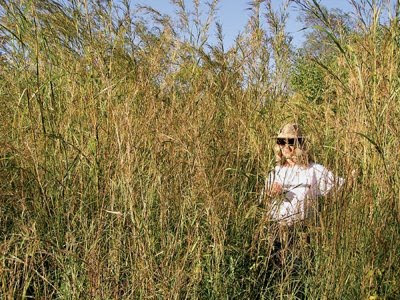 Sarkozy wants the PIGS to be bailed out. Merkel does not. Sarkozy cannnot achieve a bail-out without the strength of German finance in alliance with all other EU states. Both France and Germany are unwilling to countenance a bail-out for any PIGS from the IMF, as it would be tantamount to admitting that the Euro is not able to control its own members.

The Greek Prime MInister is running to meet Obama to see if he can pressure some kind of rescue as his country heads towards the inevitable crisis in its finances. If the Euro cannot help itself, maybe Obama can wield some influence.

But soon the false dawns will have to end, and someone face up to the situation. Nobody wants to or can bail out the Euro. It is said to be a great disaster in the making if it were to collapse. But is it really? The world has seen countries try to link their currencies many times throughout history, and seldom have the attempts succeeded for long. The Euro is no different. Only the ignoring of financial realities creates disasters. The Euro is meeting the realities of the false security it offers highly indebted nations. They have to withdraw.

But once out these countries can become quickly competitive once more. Their debts will rise in value in local currency, against the Euro as that gradually becomes the D-Mark once more in all but name. Interest rates though can fall on the Euros owed as the situation stabilises, and debt servicing costs should actually come down.

Outside the Euro, workers can find jobs more easily and businesses sell once more.

Merkel is not for changing her mind about bail-outs, and is carefully agreeing with Sarkozy that an EMF must be created to do the bailing out, which will take years to set up. She’s heading for the long grass on this one.

Radical plans for a European version of the International Monetary Fund to bail out crisis-hit countries would need a new treaty and the agreement of all European Union member states, Angela Merkel, Germany’s chancellor, has warned.

Throwing her weight behind the proposals from Wolfgang Schäuble, her finance minister, Ms Merkel admitted the European Union had lacked the tools to deal with the Greek debt crisis: “The sanctions we have were not good enough.”

But she added that a full-scale negotiation of the EU’s 27 member states would be needed to set up a European Monetary Fund, which would be able to bail out eurozone members subject to strict budgetary conditions. “Without treaty change we cannot found such a fund,” Ms Merkel told foreign correspondents in Berlin on Monday.

Any new Europe-wide treaty risks being hugely divisive so soon after the lengthy and painful ratification of the Lisbon treaty, which was initially rejected by a referendum in Ireland and only came into effect in December.

Paris and Berlin were struggling to come up with a common line on the German initiative and the question of the need for treaty change has exposed differences between them.

French officials welcomed the proposal for an EMF in principle, but warned it would probably require an overhaul of existing treaties, for which there is no desire in Paris. They see it as a long-term project.

Ms Merkel insisted that it would be wrong to shy away from treaty change. “We want to be able to solve our problems in the future without the IMF,” the German chancellor said.

Any bail-out within the eurozone is banned by the Maastricht treaty, which was the reason why a treaty change was necessary, she said.

I was confused when Wolfgang Schäuble, German finance minister, proposed a European Monetary Fund. I had not expected this. Was it an attempt to deflect attention from the fast-approaching bail-out of Greece, as one close observer suggested to me? It does not seem plausible. Or perhaps this marks a genuine change in the German position? Had I missed something?

When I read the whole proposal in detail, the fog lifted – or maybe my confusion just reached a higher level. I realised that the EMF is just a smokescreen. The real bullet in his proposal is that countries could leave the eurozone without leaving the European Union. This is not about helping countries in trouble. This is about helping them to get out.

2 Responses to “Merkel Kicks Rescuing PIIGS Into The Long Grass”