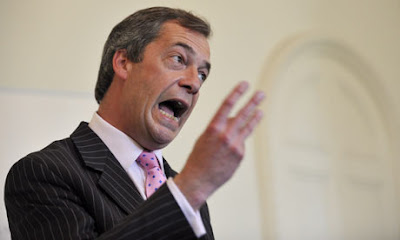 Everyone seems to have their own little story about how badly the State has been functioning of late, whether that be the NHS, the Police, Schools, the HSE or thousands more. The citizen has become not the object of state service and benefits, but in the eyes of the State, we have indeed now become the enemy.

So much so that they see themselves as justified in logging our every move into a central database, where all our most private affairs are to be made available to agents of the state. AS usual no one makes a better description of the structures and frameworks being set up to manage state spying on its citizenry, than the state and its agents, themselves.

The Conservative Blog was most interested to receive comments from all round the UK at the foot of our recent post Britain Is A Police Sate, but the one that has caught attention from everyone is the trial run being made in Scotland of the E-Care system.

This will act a central database being fed by Police, Doctors, Teachers, District Nurses and also Private Agents acting on behalf of the state, even neighbours and workmates making allegations against each other. This is in essence a totalitarian state in the creation, where democracy is no more, and the State can demolish all resistance, E-Care indeed.

The details being collected about our private lives include family pets’ names, how household income is being used, any mental problems of relatives, family members or associates, any tendency to drink and a whole plethora of information once thought exclusively as private.

We emailed a group of politicians who we thought might not yet know that E-Care is already operational in Scotland.

We received an instant reply from Nigel Farage MEP. ‘The battle is most certainly on,’ he declared.

Here are the links he will need to get up to speed on this unhappy scheme – Britain Is A Police State Mark 2. The same post appears here on The Tap below, where I usually write posts first, and Yasin copies them across from The Tap to The Conservative Blog, where there are ten times the number of readers. The comments made there today under this post are the most interesting with knowledgeable commenters providing a number of good links.

The NHS combined with all arms of government is being dedicated to political and cultural control of the population. This is not Britain. This is a nightmare, where government is assuming the role of God, enthusiastically intervening in personal and private matters, which are not their business. This is not a bridge too far. It’s the whole road too far. Where are the kilted warriors ready to drive out this Frankish menace from our shores?

Is Farage Britain’s only remaining voice?