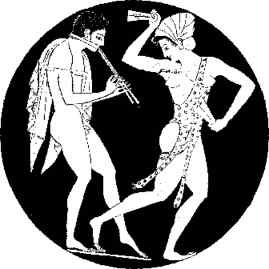 The day’s face-saving EU get-together promising a bail-out for Greece will last at least until the party’s over. Maybe another day or two, before reality seeps back into the frame once more. Greece will not be bailed. EU will try to save face. Life will stumble on. Even the journalists have given up taking it seriously –

There is joy and harmony in euro world today. After looking over the precipice, European leaders decided to pull back and agree a rescue package for Greece. At a press breakfast this morning, José Manuel Barroso, European Commission president, was positively buoyant. Europe, he said, could have gone either way in the face of the latest crisis. In the end, it decided to leap forward towards greater integration and cooperation. In rock and roll terms, the whole thing had the feel of a band, whose bickering members — after threatening to embark on ill-conceived solo projects — finally calm down, come to their senses and determine to go on tour again.

-But don’t you guys hate each other? the media asks.
-No, no. We love each other. But this time we’re going to do things differently. There will be new rules about wives and girlfriends on the bus. Oh – and drugs. Vince has agreed to go cold turkey – at least during shows.

That about sums it up. It’s all theatre now, tragedy, comedy in equal measure but no deus ex machina in sight.

Well, after weeks of wrangling and a near-derailment at the very last minute, we have an agreement on Greece…kinda/sorta. Last night’s cobbling together of a rescue package for Greece by the EU not ameliorates its short-term financial position but has resulted in the lifting of at least some the immediate selling pressures being felt by the euro. The long-awaited assistance “package” contains a mix of loans from certain EU nations as well as assistance by the IMF. Makes one wonder; what took so long?

However, experts opine that it is totally premature to conclude that the Greek and/or Eurozone turmoil is now fully over. Nothing in the package implies that Greece is going to get off easy in attempting to solve its financing woes. The loans contained in the plan are priced at current (rather high) interest rates.