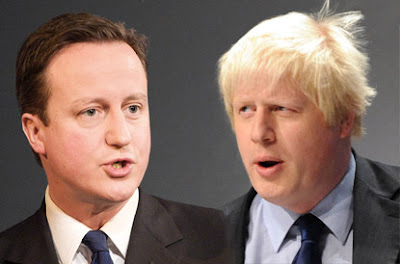 The Conservatives are basing all their thinking around Heathrow carrying on as London’s primary airport into the distant future. More rail links are being planned to the Midlands and the North, and the site of the rail terminal is under dispute. The terminal should be Heathrow but there’s no space left.

In this debate I am with Boris Johnson Mayor of London, who sees that Heathrow is not a good location. Night flights are impossible. As day breaks, the skies over London fill up with aircraft landing after transcontinental journeys, bringing noise, pollution and traffic over, into and through Central and West London.

The only sensible plan is to start from scratch. Hong Kong faced a similar problem to London, with its Kaitak airport being too close to populations, with aircraft flying over the city, and moved its airport out to reclaimed land much further out, connected by fast modern and comfortable train links. The city centre station is now a baggage checking in location so passengers can deposit their bags at the station and return later in the day to go for their flights. It’s proved a great solution.

Boris can see that getting the airport relocated out to the Thames Estuary would bring enormous benefits, space, comfort, distance from populations, and the chance to start from scratch. Train links would be phenomenal with Crossrail and the fast links to northern cities being built all at the same time.

Osborne and Cameron don’t agree, saying the cost would be prohibitive.

Heathrow could be developed as a residential, leisure, commercial centre of enormous value, offsetting the costs of building the new London infrastructure. Air quality would improve. Noise levels reduce. Traffic levels could surge, costs fall and space could greatly ease the stress of travel. The economy might grow faster on the strength of it, helping to push our debts down.

It’s time that Boris’ imagination was allowed to inform Conservative transport policy, and the impossibility of growing Heathrow endlessly, let go off. The future requires a fresh start. The sooner we realise the potential, the better. Boris is right. Cameron and Osborne should allow more thinking time on this one.

The Times discusses Boris’ ‘Island’ Airport, to be built on reclaimed land once people can see the inevitability of the idea. Heathrow is called a ‘planning error of the 1960s’.

The man appointed to lead Boris Johnson’s beleaguered Island Airport scheme has pulled out of a key meeting with the London Assembly. Civil engineer Doug Oakervee had for several months been booked for questioning by members of the Environment Committee. However, Doug’s employers Laing O’Rourke wrote to the committee’s chair last week stating that “this is no longer the position.”

Later, Adam – a Top London blogger, by the way – wonders why Boris thinks London Development Agency money should be spent on the development of Kent. Nit-picker! Pettifogger! Now read on.

3 Responses to “Cameron Is Wrong About Heathrow”