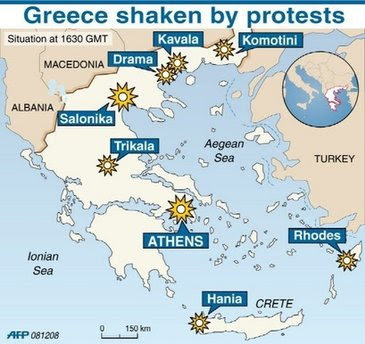 Britain’s last recession took place in 1991/1992. But the one in 1980/1981 was far more severe. Interestingly there were very similar debates going on then as to what the right policy response should be. At one point 364 economists wrote a letter to The Times, which said that raising taxes in a recession would cause a depression.

Mrs Thatcher, fortunately was being adviced by Sir Alan Walters, an economist who was extremely unpopular with many politicians and other academics, as he always had the habit of being right.

From a description of his career, I found this –

In the early 1980s he helped to persuade Thatcher to push through the tough 1981 budget, which turned conventional wisdom on its head by raising taxes sharply despite the fact that the economy was in a deep recession. Many in the Treasury objected, as did 364 British economists who signed a celebrated letter predicting that the budget would condemn the economy to a prolonged depression.

The 364 economists were discredited when the budget led the way to the long economic upturn of the 1980s. Walters’s critics had missed the reason to raise taxes – to allow interest rates to be cut sharply. Interest rates are a key driver of UK economic performance because of the huge amount of debt – including mortgage borrowings for houses – dependent on short-term interest rates.

Looking back in 2010, you could say that if Britain’s need for low interest rates was the key to restoring growth in 1981, how much more can that be true today? With borrowing estimated at 400% of GDP across all sectors, low interest rates will be essential, and rising interest rates destructive on a scale never seen before.

As Walters would no doubt have said, Brown and Darling are becoming a grave threat to the stability of this country. If they keep spending more and don’t raise taxes, to the point that lenders demand higher rates of interest, we will be in very serious difficulty, unseen for generations. The problem is that so many countries are effectively becoming insolvent all at the same time. Money will become harder to borrow. The IMF will be overwhelmed. The real price of Gordon Brown’s Folly could be very high.

By playing another lot of ridiculous Budget games, as the moment of crisis approaches, Brown is ensuring that Britain could not be in a worse position to withstand the coming crash. The only good thing he did was keep us out of the Euro. At least for that we should be ever grateful.

Ireland and Greece are only the first to be in difficulties

An Irish family have moved in next door, and Naomi, the wife, has been describing the terrible mess currently going on in Ireland. They sold their house in Dublin before the property crash hit, and decided to move to England as they didn’t want to live with such a large mortgage any longer. An ordinary Dublin family house had risen to well above 1 million Euros. People had started taking out two generation mortgages lasting 60 years.

Naomi and Liam bought a nice house here for £300,000, and now have no mortgage at all. She knows how lucky she is, but she tells me that the economic happenings in Ireland are terrifying. Her brother, a public sector worker, has had an 18% pay cut, including his pension contributions. People cannot pay their mortgage instalments and thousands of houses are being repossessed, crashing the prices ever lower, making negative equity almost universal.

Have they halved in price? I asked. ‘Way more than that’ was the answer.

‘There are no jobs to be found, and people are terrified of what might happen next,’ she said.

I told her that in Greece it is worse. State employees haven’t been paid since January, which is why they are rioting on the streets.

At least, she says, so far the workers in Ireland have been paid.

If people in Britain knew how serious government insolvency would be, especially for public sector workers, they would be thinking of their own survival and be backing Osborne and Cameron. Can you imagine what would happen if there was no money to pay the wages?

But of course the real horrors of Ireland and Greece are being kept out of the world’s media. People in Britain have no idea of what might be coming next. They are still thinking of nice holidays abroad and a new car. The signs of stress are beginning, though. Local government cuts have started. Petrol prices are being jacked up, even though crude oil is only £50 a barrel. It was £70 a barrel last time petrol was this expensive.

As lenders dry up, the world is running out of cash. Britain will undoubtedly be high on the list of countries in severe difficulties. The days of seemingly easy money are gone. Survival is now the key.