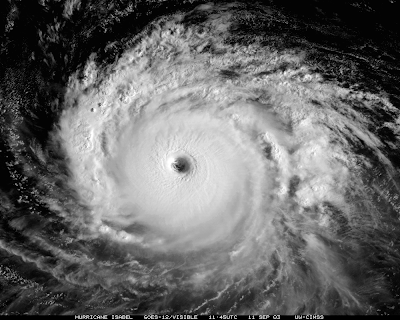 I clicked on a CNN report about a heavy ‘storm battering Europe. 53 dead’ on Sunday (i.e. today). My first thgought was where was this storm, as Europe stretches from Spain to Moscow. It cannot have taken place over the whole continent, I was thinking, and certainly not in the bit I was sitting in, where there was little ‘weather’ going on.

After clicking on, I found that the report repeated the story headline in the first part of the text. A winter storm named “Xynthia” battered the western coast of Europe Sunday, its high winds downing trees and power lines and leaving as many as 53 people dead, authorities said.

Only in the second sentence did I get any idea of where this storm really occurred, and when did a ‘winter storm’ ever get a name like Xynthia, unless it was a hurricane, and one that could speak French?

Heavy flooding. OK. That sounds like a massive downpour. The report goes on, unable to state the word ‘hurricane’ even though this is by now plainly what has taken place..

“It’s a national catastrophe,” Fillon said in a brief news conference following an emergency meeting on the situation. “Many people drowned, surprised by the rapid rise of the water. So it really is a hurricane hitting France almost exclusively and not anywhere else in Europe, apart from a little incidental damage elsewhere. Why not say so?

“Now the priority is to bring all the people left homeless and still threatened by the rising waters to safety,” the prime minister explained. “All services are mobilized to reach that goal as soon as possible.”
French President Nicolas Sarkozy will visit the department of Charente-Maritime Monday, Fillon said. Charente-Maritime and Vendee, on the French coast west of Paris, had severe flooding when the strong winds whipped up the water at high tide.

So the flooding was not caused by torrential rain, then, but more by high seas, New Orleans style.

“At 3 o’clock in the morning, we heard the toilets backing up. We got up to look and then we saw 80 cm (about 31 inches) of water in the garage,” a resident of Aiguillon-Sur-Mer, in the department of Vendee, told CNN affiliate BFM-TV.
“It was rushing in, it broke down the walls around the garden and the gate.” Hundreds of people had to be rescued from their rooftops overnight.

“The water was up to the gutters,” said one woman, who spent the night on the roof with her children. Residents of the village of Aytre, in Charente-Maritime, saw a wave of water measuring 1 meter high (about 1 yard) come into the center of town.
“It was unreal,” Aytre Mayor Suzanne Tallard told BFM-TV.

Yes. It does sound unreal, and not quite true. In the sense that this could not be caused by anything as small as a mere ‘storm’. The story goes on.

At least 1 million households were without power Sunday afternoon, Bernard Lassus of Electricite de France said in an interview on BFM-TV. The high winds — at times spiking to 200 km/h (124 mph) — reached inland as far as Paris, where as many as 100 flights were canceled at the Paris-Charles de Gaulle International Airport, BFM reported.
Gusts up to 175 km/h (108 mph) were measured at the top of the Eiffel Tower Saturday, reported CNN International Meteorologist Eboni Deon.
The hurricane-strength winds stretched from Portugal northeast to the Netherlands. The system was moving toward the Baltic Sea, Deon said, and a second front was moving into the region of Portugal and Spain later in the day.

Now the tsunami has definitely become a hurricane. OK. They cannot say it was a hurricane and actually use the word for some reason, but we now know it had hurricane-strength winds.

In Spain, three people were killed in the first band of the storm, Spanish Interior Minister Alfredo Perez Rubalcaba said Sunday. Two children died in a car accident and another person was killed in northwestern Spain, the minister said in a news conference on CNN sister station CNN+.
At least 17 provinces were on high alert due to the strong winds, CNN+ reported, and some flights and train services were canceled.

OK. Spain was marginally affected, and was at least on alert. But not hit.

A 10-year-old child was killed by a falling tree in the high winds in Portugal, Patricia Gaspar, National Operations Assistant with the Portuguese National Authority for Civil Protection, confirmed to CNN. There are also some power outages in the country, Gaspar said.
Some residents have reported roofs blown off and smaller houses collapsing, she added.

So not a lot in Portugal to talk of except some pompous sounding officials getting in front of a microphone.

Hurricanes normally make landfall in a fairly specific point, but on CNN there is no indication of where the hurricane struck. The same storm allegedly passed through Spain, Portugal and then Southern Germany according to the ever expanding scope of this report. It goes on –

A man was also killed by a falling tree in Belgium, Peter Mertens, a spokesman for Belgium’s Interior Ministry, confirmed to CNN. Eastern Belgium has seen the worst of the storm, Mertens said. “They’ve had problems with fallen trees, roofs blown off and electricity cables not working. But it seems the worst part has passed now,” he added.

But then the whole report, already stupendously unclear as to what exactly is going on, starts to get silly.

The storm also reached England, where one woman was reported dead when the vehicle she was driving became submerged and washed down a swollen creek in the northeastern part of the country. The body of the 53-year-old woman was recovered downstream, North Yorkshire Police said in a recorded phone message to the media.

I saw that news report about the floods in Yorkshire two days ago. It was a separate incident. Maybe they don’t listen to their recorded messages at CNN often enough.

In any case this was indeed a politically correct storm, which knew that all these countries were part of the same political entity. France might have been caught with her pants down and her weather forecasters failing to predict a hurricane, which seems likely, and is maybe the reason for all the strange covering-up and failure to use the actual word ‘hurricane’.

Out of this very real catastrophe, which is partly being denied by French officialdom, CNN have decided to create a kind of bonding between Europe’s citizens implying that they have all been equally affected. Except they haven’t.

Not many weather reports belittle a hurricane, calling it a storm and give little indication as to what kind of weather event really took place. But this report was as much political as meteorological. I would like to read a straightforward report of what happened, and not have to wade through the equivalent of a meteorological European Song Contest, having my national loyalties quietly manipulated into more European form, while French officialdom is allowed to save face, spreading out the pain equally in the traditional French manner.

Let me summarise what really happened. The French were struck by a hurricane with no warning from their globally warmed weather service. To hide their embarrassment, the ‘storm’ (not hurricane) has to be reported as striking every country west of Poland, including Britain, making the whole event into a politically positive disaster where we are all EU citizens facing evil weather as one nation. The weather has clearly signed up to the Lisbon Treaty and is now European and not national.

The French were obviously blameless for not realising it was coming. Judging by CNN’s efforts, the political storm is being dealt with much more purposefully than the actual one.

WSJ – The (Spanish) national weather agency had warned that a violent cyclone depression had formed over the Atlantic Ocean and was to cross areas bordering the Bay of Biscay.

There is no mention in any report yet seen, of the French issuing a weather warning. Maybe a reader will put me right, but it seems the storm was expected to land further south. It’s like in the USA, hurricanes occasionally make landfall as far north as New York. Sarkozy saw what Katrina did to Bush. Is that why Xynthia is being so carefully news-managed?

The BBC report a ‘European’ storm also – HERE. No mention of the H word either. Xynthia was only a storm after all, hardly one in a teacup, and not a mere French storm either. They’ve learned a lot from seeing how a hurricane can smash a political reputation. Sarkozy’s Hurricane becomes a European Storm, and bingo, his reputation’s safe.