Labour MP for Telford David Wright has put his foot in it. He tweeted the term ‘Scum’ in reference to the Conservatives (LINK), and then tried to claim someone had been tampering with his Twitter account and that it wasn’t him, which was just pathetic.

After he’s drawn attention to himself in this blundering manner, people like Mike Smithson on PB are wondering what his chances are of holding on to his seat.

Telford is the last Shropshire seat to turn blue, and is being targeted by the Conservatives from all the other local constituencies. 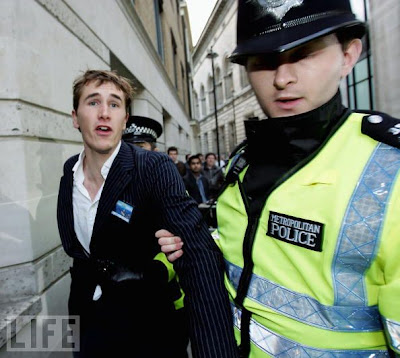 One of the Commons invaders was Otis Ferry, son of Bryan. He heads The South Shropshire Hunt, which is near Telford

Hunting is a big issue in this part of the world. Remember Otis Ferry, the Master of The South Shropshire Hunt who invaded the Chamber in The Commons in 2004. He ‘hunts’ to within a few miles of Telford.

If Cameron offers a repeal of the Hunting Bill or a free vote (as he promised in October LINK), the Conservatives can expect to recruit an army of fervent supporters, and deliver thousands of leaflets Constituency-wide in Telford through local activists on the strength of it.

Wright can see the writing on the wall – which is why he’s lost it on Twitter. A 7.5% swing will lose him his seat, and he’s getting jumpy.

His incompetent Tweeting should be seen, however, not the cause of his coming downfall, but as a symptom.

People forget that in rural seats Hunting is still a potent issue, and since the ban was imposed, it has become Labour’s Achilles heel. If enough ‘Telfords’ are tumbled by hunting-motivated activism, an issue which hardly gets a media mention these days, could even swing the election.

Below – victim of his own stupidity – David ‘Tory Scum’ Wright, and his excuse! 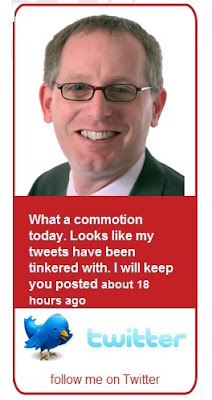 234 – Tapestry is right. In November 2004 Peter Bradley, the [then] MP for The Wrekin [the other half of Telford] was gloating in the Sunday Telegraph about the hunting ban and looking forward to the nationalisation of land.Big mistake. The hunting people were queueing up to help Mark Pritchard beat Bradley in 2005 and they succeeded. The same will happen to the repulsive Wright in 2010.Shropshire will then be clean of Labour MPs. 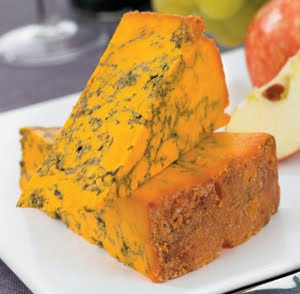 Shropshire Blue – like the county blue in its veins

One of the cheese’s greatest fans is Tom Biggins, Conservative PPC for Telford. His family produces it!!! 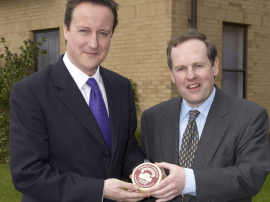