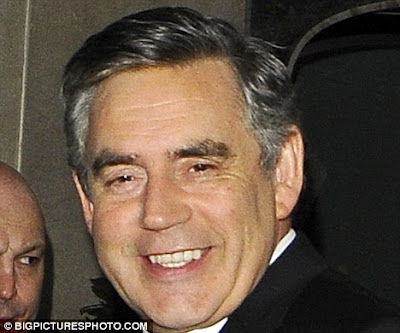 In a move which reminded one of the false polling which preceded the second Irish referendum vote, two newspapers from the same stable, today reported the latest daily You Gov poll with completely different results. The News Of the World said the Conservative lead was 2%, while the Sunday Times, reporting on exactly the same poll found that the results were not 2%, but 6%. In the later print edition of the Sunday Times, however, the result was altered to match the NOWT. 2% it was.

A very similar event had happened in the days just before the 2nd Irish referendum. The Irish Times Online originally reported a poll with the AYES and the NOES given as neck and neck, at 52:48 respectively. But when the Irish TV channel RTE reported exactly the same poll at 60% to YES and 40% to NO, the Irish Times web edition was altered to match RTE.

So tonight I feel as if I am suffering from a nasty attack of deja vu.

When the polling numbies start to make such basic errors as this, it is a bit of a giveaway.

My mother used to always tell me that ‘cheats never prosper’. But what you need to keep in mind is that the polls are not being used to measure public opinion. They are being used to demoralise opponents, and build confidence in Labour’s ranks. They are also being used to create an expectation of the result of the coming election, for maybe another purpose.

This, for example, is what you would expect to be seeing at this stage if the marginal seats were going to be rigged. The government would first need to ensure that a Labour Victory was expected before one is created.

You won’t see a great deal of evidence of an election in the process of being rigged, but when polls are being tampered with, it does give you a strong clue that something might be up. The Irish Referendum results hangs under a heavy cloud os supicion. In a few weeks we could be experiencing a very similar feeling over the UK election result.

Labour are not beyond electoral fraud as the events surrounding the Glenrothes byelection indicate. Massive postal voting. An unexpected Labour Victory, and then the Register went missing when the SNP asked if they could do some checks. When it turned up four months later, the details had all been blanked. The pieces of the ‘Labour Victory Through Cheating’ jigsaw are all starting to fall into place.

The Labour electoral plan was declared in early December through Francis Elliott and Sam Coates writing in The Times. In the article, LINK HERE, they stated that ‘Labour Election Planners’ had decided that an 8% Tory lead at January 1st would be reduced to 0% by election day in a succession of polls. At the time this was printed, the Tory lead was 13% and the reduction to 0% in three months seemed a pretty unlikely eventuality, but the language in which the plan was phrased, indicated that the LEPs had little doubt that they would be getting from the pollsters what they were demanding.

The same plan was repeated in The Guardian a week later in which it was stated that a Conservative lead of 10% in the New Year would be reduced to 0%. The first poll in the NY was exactly a 10% lead, and the progressive reduction has faithfully been delivered by pollsters since.

Within another week or two we will no doubt see the first 0% Tory lead poll.

Here is, what was, at the time, the extraordinary claim that the Tory lead would be reduced to nil by election day, as reported on 7th December 2009.

Labour’s election planners believe an 8-point gap between the current party of Government and the Tories can be closed. They say that a third of Lib Dem voters have suggested that they might vote Labour, which would equate to 5 percentage points. Meanwhile, they believe that the numbers currently saying they support “others” in polls — greens, BNP and UKIP — may go back to Labour, closing the gap by a further 3 percentage points.

Here is how Political Betting reported the strange goings-on surrounding the latest You Gov Poll and the Sunday Times and the NOTW. LINK.

28.Could have been a cockup, or wanting to hold back a big story. As GIN says, it doesn’t really matter, except for Tapestry, who presumably think the Sunday Times is part of a pro-Labour conspiracy.
by Nick Palmer MP February 28th, 2010 at 10:36 am
Tapestry = me BTW.

My reply to Nick Palmer –

576.28. If Labour Election Planners inform News International that the polls should be interpreted with a 2% result, then they would not find it in their interests to refuse.

Fraser Nelson had his lobby pass removed, and was on the end of a libel suit from Whelan, a week after he called the election lost by Labour.

The bullying does not stop inside Downing Street!!!!