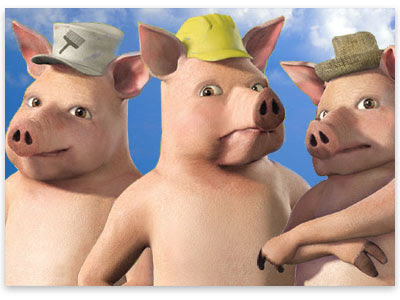 The Greek bail-out gets ever closer. The one being proposed is tiny in comparison to the debts, at Euros 20-25 billion and will not come close to paying them off, or turning round Greece’s economy. The bail-out might send a signal to the markets. But will it?

There is something else.

As Dan Hannan writes in his Telegraph blog HERE, the way the bail-out is being explained by Germany (Der Spiegel) implies that non-Eurozone countries are going to be tapped as well as Euro countries. This will do wonders to Brown’s pre-election popularity, and cause an outcry in Britain. ‘Brits to Bail Out Pigs’ will scream from The Sun.

The Greek bail-out will only delay a similar move for the other PIIGS, and will only be the first in Greece. It is setting an awful precedent. The impossibility of heading off the Euro’s crash is not being faced. They prefer to delay and hope a recovery turns up.

As Dan Hannan ends his blog post, thank God we’re not in the Euro.

2 Responses to “PIIGS To Get Snouts Into British Trough”