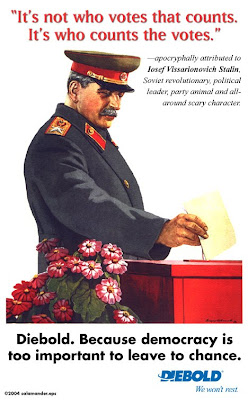 There is not a whisper in the MSM on the subject of the anticipated level of voting fraud in the upcoming general election. Yet after the 2005 election, there were a series of articles, declaring concern that fraud had been widespread, and had been a major factor in Blair’s third ‘victory’.

The BBC carried a piece on this topic on the website in April 2005. LINK.

EXTRACT – A dramatic rise in postal votes has raised concerns about potential fraud and logistical problems.
The main parties are accused of asking voters, especially in marginal seats, to send post vote applications to them. They say they are within the rules.

Tory leader Michael Howard said Labour should be ashamed of ignoring calls for tighter controls, but Labour said the number of fraud cases was small.

The row follows fraud scandals in local elections in Birmingham and Blackburn.

Fact check: Postal ballots
How safe is your vote?
A survey in The Times found that postal vote applications overall had almost trebled since 2001. In some key marginals they had risen by almost 500%.

Mr Howard said the government had left the system open to abuse by failing to put implement some of the safeguards suggested by the Electoral Commission.

He said: “If we had had our way, the recommendations would have been accepted and implemented and we would not have a voting system fit for a banana republic, which is what a High Court judge said is the present position.”

The piece went on to say that both Conservative and Labour had a central clearing house for postal votes, ensuring they worked the marginals for postal votes to the maximum degree possible.

Is this happening all over again?

Where are the media?

At the 2005 General Election, Blair invited an international election monitoring organisation to keep an eye on the standards of the election. Their report was not published in Britain. But from this article in the Guardian by Hugh Muir, you can see how concerned they were about the validity of the election result in 2005.

International election monitors yesterday applied fresh pressure on the government to introduce new measures to combat postal voting fraud. Officials from the Warsaw-based Office for Democratic Institutions and Human Rights (ODIHR) yesterday urged ministers to ensure that voting materials were only handled by election officials. Their comments followed controversy during the general election campaign, which was marred by accusations of postal voting fraud and claims that parties were exploiting an insecure system by “harvesting” postal vote applications.

“It is a matter of public record that the problems with this election were the largest number that have come together at any one point in recent years,” he said. “Postal voting diverted attention away from everything else. Most people who were involved are saying fairly publicly that this must never happen again.”

More from The Guardian on voting fraud – here.

4 Responses to “Media Silence On Voting Fraud In Marginals”