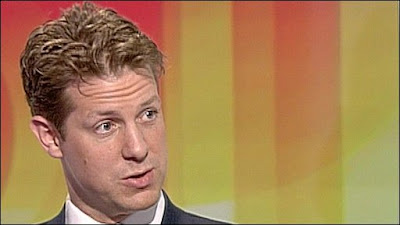 Not only has Fraser Nelson had his lobby pass removed as posted earlier. Now this. ‘Fraser Nelson of the Spectator is facing a libel writ after describing the alleged bullying tactics of Brown’s aide Charlie Whelan,’ writes Nick Cohen.

It seems like Fraser Nelson, one of the few editors who purvey truth, has been identified as a threat to Labour’s election victory narrative. He can see how totally finished Gordon Brown’s credibility is, and is not frightened to say it.

The Mandelson election rigging strategy, which is requiring pollsters to comply with publishing a gradually closing gap between Labour and Conservative, from 10% on Jan 1st down to 3% by polling day, cannot succeed in fooling the public if folks like Fraser keep writing the truth. He has to be taken out.

What else must they do? The pollster Angus & Reid Strategies inconveniently is not observing the narrative, and has published a consistent 16% Conservative lead for months. How will Mandelson have them dealt with? Their head office is in Canada.

Fraser Nelson might be able to withstand the assault coming his way. The problem is that the Judiciary has been carefully appointed for years, by the likes of Sir Thomas Legge. Fraser must realise he won’t stand a chance once in court. The damages bill could wipe him out financially. Mandelson will stop at nothing.

Most news channels are slavishly following Mandelson’s orders. Here is The ‘Independent’ today.