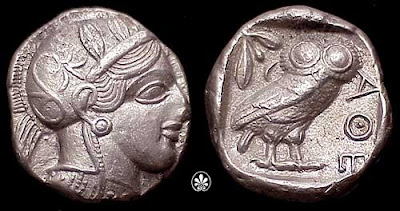 The Greek Drachma. The currency which lasted 3100 years until the Euro was decided to be better. Boris Johnson, Mayor Of London, thinks it’s time the drachma was brought back.

All eyes are on the financial aspects of Greek’s economy, as markets assess the chances of a default or a withdrawal from the Euro, or both. There is more pride than anything else invested in the Euro, and the possessors of those feelings of pride are not yet ready to cash them in for an easier life, and admit that for Greece and others, the Euro was a massive error.

If Greece had a prospect of growing at 4% a year, and could boost revenues that way, there might be a way out. But there isn’t any hope. All the cards are stacked the other way.

As reported in the FT this weekend –

Greece’s recession has been deeper than reported, with the fourth quarter of last year seeing another turn for the worse – raising more doubts over whether it can meet its targets of cutting public-sector deficits.

Greek gross domestic product contracted by 0.8 per cent in the final three months of last year, by far the sharpest decline reported so far by a eurozone country.

That followed declines of 1 per cent, 0.3 per cent and 0.5 per cent in the first, second and third quarters of the year.

The pace at which Greek GDP dropped last year could also cast doubt on the government’s prediction that GDP will fall by just 0.3 per cent in 2010.

Every time you look at the hole, it just gets bigger. As Boris Johnson writes today in The Telegraph, the Drachma needs bringing back. HERE.

Surely the Germans realise that the Greeks are not seriously going to stop taking advantage of them. How stupid do the German want to look? They should throw the Greeks out before they and the Euro lose all credibility. Someone has to call a halt to this nonsense. Don’t the Greeks have a Boris Johnson? 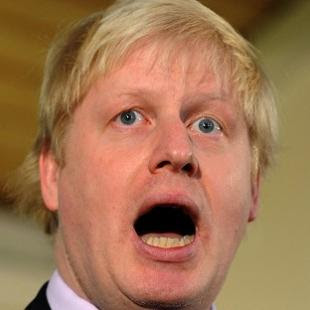