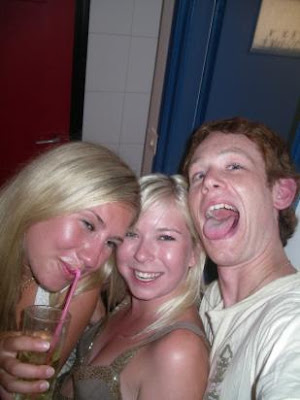 I would like to find something intelligent to say about Greece and the Euro. But after reading Open Europe’s summary today from all Europe’s media, I see that the situation is rapidly descending into farce

The Times reports that protesters and police clashed in Greece yesterday as a strike against government austerity measures turned violent amid signs that delegations from the European Commission and International Monetary Fund currently visiting Athens will demand extra cuts amounting to at least €2 billion (£1.7 billion), as early as next month.

The Guardian notes that the pressure for greater cuts, particularly from Germany, has led to heightened tensions between the two countries. Greek Deputy Prime Minister, Theodore Pangalos, said Germany had no right to judge Greek finances after wreaking havoc on the economy during the four years that the country was under Nazi occupation in the Second World War. He added that Germany had failed to make adequate compensation. “They took away the Greek gold that was at the Bank of Greece, they took away the Greek money and they never gave it back. This is an issue that has to be faced sometime,” he said.

Andreas Peschke, a spokesman at the German Foreign Ministry, replied, “A discussion about the past is not helpful to solve the problems…facing us in Europe today.” The Telegraph quotes a banker saying, “How can they call the Germans incompetent Nazis and still expect a bail-out?”

Mr. Pangalos also hit out at Italy saying that it had done much more to mask the true extent of its public debt than Greece when it entered the euro and criticised the EU’s leaders for their inability to agree a bailout package. “The quality of leadership in the union is very, very poor indeed,” he said.

In an interview with the BBC World Service, Open Europe’s Pieter Cleppe discussed the strikes in Greece, saying: “citizens in Greece need to understand that taxpayers in other countries don’t feel like paying for the mistakes of governments they couldn’t punish. However the crisis is not just due to the Greek government, but also to the concept of monetary union which led to artificially low interest rates and accompanying high public and private debt in periphery economies such as Greece, Spain and Ireland.” The FT’s Alphaville blog notes that a Dutch opinion poll over the weekend found that 92% of voters wanted Greece expelled from the eurozone.

In a letter to the FT, Open Europe supporter Sir Peter Marshall writes that the EU should concentrate on a practical outcome to the Greek crisis rather than using it as an excuse to move further toward ‘political union’, arguing “No democratic international organisation of any consequence” should allow itself to be “reduced to such a state of inflexibility.”

Meanwhile, the BBC reports that the Commission has said it will take Greece to the European Court of Justice to recover hundreds of millions in state aid, which it claims was granted illegally to hundreds of firms through tax exemptions.

German daily Handelsblatt quotes ECB Board Member Lorenzo Bini Smaghi saying: “The [growth] and stability pact should perhaps be tightened up…especially for countries that are experiencing a rapid rate of growth but cannot sink their deficits”.

You could say that again!!!!

Mind you Lorenzo, you would do well to find anyone in a state of rapid growth now. That’s what you should have done at the beginning. It sounds like the end of the road to me. How much better if the American solution were taken – temporary departure from the Euro by the Greeks, reset the exchange rate and start again later when things have calmed down….or maybe not!

The crisis is approaching a tipping point. Something has to give. Greek banks will find it hard to tap into sources of funds unless the situation is stabilised. The only sure way out is to leave the Euro and devalue. Everything else is a sticking plaster.

The FT writes Greek banks came under further pressure on Tuseday after Fitch Ratings downgraded the credit ratings of the country’s four largest banks on expectations that the real economy will worsen further as a result of the tough fiscal measures the government must take.

Ratings on National Bank of Greece, Alpha Bank, EFG Eurobank Ergasias and Piraeus Bank were lowered by one notch to BBB – just two notches above junk….

…Shares in all four banks ended lower on Tuesday. NBG lost 3.5 per cent, while Alpha Bank was down 2.4 per cent. EFG Eurobank Ergasias fell 2.7 per cent and Piraeus Bank was worst hit, down 5.5 per cent.

Bankers said the market was discounting an even lower credit rating for the Greek banks. Funding from the wholesale markets has been curtailed, while repo funding has been limited to relatively short periods.

As soon as the Drachma’s back in action, prices can fall 30%. The kids will be booking their flights and the banks relax.