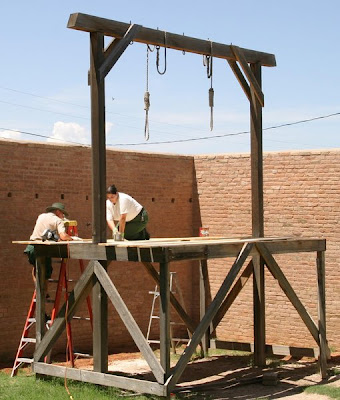 One EU diplomat said yesterday: “There is a lot of respect for Gordon Brown and a desire to help him without breaking the normal rules against taking sides in elections. He was the man who had a plan when the financial system went into meltdown and no one knew what to do. People know that David Cameron might be prime minister soon but some are wary of him and don’t know what to expect.

This confirms what I have been saying, which is, to some extent, supported in comments that the EU fears Cameron, just as surely as eurosceptics rip him to shreds for being a Spiv, or a sell-out.

My eye was caught particularly by the phrase ‘without breaking the normal rules against taking sides in elections’. That is a very odd thing for a diplomat to say. Especially as that diplomat carries immunity from any prosecution, and can do the most dastardly deeds including the murder of political opponents and get off scot free.

It leaves open the possibility of breaking some unusual rules, I suppose, and then whenever has the EU even dreamt of not breaking the normal rules? That is all they ever do.

In the Ireland 2nd Lisbon referendum they drove coach, horses and cargo through every election rule ever written, including false poll reports in the media, no exposure of the opposition’s case, unbalanced reporting and the use of dire threats and dirty tricks of all kinds. It was the filthiest of electoral filth witnessed in modern day Europe, only matched by the rigging of the Glenrothes East Byelection (and maybe others – Sedgefield?).

When an EU diplomat says he’s going to do something, but keep within the rules, you can be quite sure of one thing. He’s lying through his teeth. They fear Cameron, and they will use every device known to man to stop him winning an election. Postal vote fraud as previously and ballot box ‘operations’ to boot. That’s why the count is being delayed til Friday.

And dear old Gordon, he’s got to be saved – such a charming, sane individual, willing to bankrupt his country, as long as he gets a nice job in the EU or the NWO structure after he’s finished traitoring his country. If Blair is to be sent to the gallows for war crimes, Brown should follow him, guilty of treachery and destruction of democracy. It’s only a pity that we can’t execute a few EU diplomats at the same time. What right do they have to come here and ruin our democracy? Maybe an older form of execution would be more appropriate for them.

Anyone who tampers with ancient democratic rights deserves to pay the proper price, EU diplomat or NO. 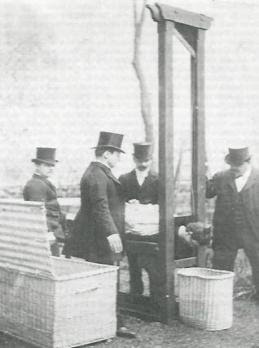 UPDATE – from The Coir Campaign yesterday

The Broadcasting Authority of Ireland (BAI) has upheld three separate complaints in relation to The Wide Angle programme on Newstalk radio on September 13th 2009 in relation to the second Lisbon Treaty referendum.

The BAI Committee said that the “Yes side was given prominence in the discussion”, that “the broadcast treatment of the treaty in this broadcast was one-sided and not fair to all interests concerned” and that the programme makers and the presenter, Karen Coleman, “did not take sufficient action to mitigate the views and opinions expressed by the panel, which was overwhelmingly for a Yes vote”.

The authority said it was incumbent on the broadcaster to ensure that “in dealing with the Lisbon Treaty, a matter of public debate, that both side of the issue were addressed fairly”. It pointed out that “It was evident on hearing the broadcast, that the approach to the discussion and the contributors to the programme had been planned and pre-arranged for this particular broadcast of The Wide Angle.”

The Committee was of the view that the content of the discussion amounted to a one-sided viewpoint on the Lisbon Treaty Referendum.

Complaints were received from Brendan O’Regan, from James Maher and from Dr Anthony Coughlan regarding the programme and all three were upheld. Mr Maher pointed out that the programme was very biased in favour of Lisbon, with the sole “token gesture to the No camp being an unscheduled, unexpected ‘phone call to a Cóir spokesman who was abroad at the time, and who was only allowed a couple of minutes to speak.

Dr Coughlan stated that in his many years of listening to current affairs coverage on Irish radio, he could not recall such a loaded, partisan and unbalanced programme. He informed the BAI that the Cóir spokesman, Brian Hickey, was not allowed any time to respond to criticisms made of the organisation and its message during the programme, and that the presenter, Karen Coleman, showed her own partiality on the Lisbon vote.

Mr. O’Regan submitted that there was a blatant pro-Lisbon bias in this programme, with an “an unbelievable eight to one in favour of the Lisbon Treaty”.

All three complainants held that Newstalk had breached the fairness, objectivity and impartiality provisions of the Broadcasting Act. The BAI upheld all three complaints. Cóir spokesman Richard Greene said that the Newstalk programme was indicative of the “extraordinary bias in the media for a Yes vote on Lisbon” and that Irish newspapers in the week before the vote had disgraced themselves by their slavish support for the treaty.

You may remember the scenes at Cork City Hall where ballot boxes were not monitored very ‘carefully’.

The turnout figure of the Irish second referendum was given at near 60%.

(Dublin was said to be busy, but Dublin Central had a mere 40% turn out, and Dublin South 53%, confirmed by Presiding Officers in individual polling stations after the count. More locally confirmed figures expected soon)

Another 50% of votes were added during the count to the YES totals, doubling their number.

In the film above, it is clear that no attempt was made to hide the total lack of security surrounding the ballot boxes. The lids are open. Boxes are being carried in and out willy-nilly.

You would have thought that if you had decided to fix an election, you would at least hide the evidence. But these EU fraudsters don’t even care.

The turnout was reported before the count at being about 50% across 43 counties. See HERE in the Irish Times. This is the same article reporting the Fine Gael poll at 60% to YES, when the same poll was originally reported on the Irish Times website at 52% to 48%, and later altered to match RTE news bulletins of 60 to 40%.

Taking the turnout figures alone, this tends to confirm that turnout figures grew substantially after the polls were closed, as suspected, and that the real vote was close. Fine Gael are a YES-0supporting political party. So even the 52/48 split might have been wrongly reported in YES’ favour, and a higher turnout figure given, as on the ground reports indicate a lower poll still.

All the evidence points to chicanery and rigging.

Under Irish law, ballot boxes are required to be delivered by members of the Gardai to the polling stations at 7:00 am on the date the election takes place.

This legal requirement applies to ALL polling in Ireland, whether elections or referendums.

On this occasion, however, the ballot boxes were delivered to the private residences of the polling/Returning Officers, 48 hours prior to the Referendum.

A number of honest Returning Officers formally objected to this BREACH OF PROCEDURE, and to the concomitant prospective breach of security, let alone of the electoral legislation.

We understand that such objections were officially dismissed out of hand on the spurious and diversionary grounds that the ballot boxes possessed no commercial value, so it would be in nobody’s commercial interest to steal them.

The central issue – that since the Irish ballot boxes were delivered 48 hours early they could be ‘stuffed’ with YES votes by returning officers, as routinely happens in places like the former Soviet Republic of Georgia – was of course not addressed.

The Irish voters were given pencils to make their mark on the ballot, even though all Irish electoral ballots are supposed to be filled with black pen.

Almost nobody was asked for any form of ID or information at the polling stations.

The ballot boxes were left unattended and moved about by many people without question.

At least one box in Cork was removed from the count centre by an unknown individual as shown in the attached picture and video link.

Many foreign nationals and others who were not legally entitled to vote voted in this Referendum. Irish Times article “Gardai to investigate suspected vote fraud”, shows seven voters registered to an empty house.

It follows that, given that the local electoral law was flouted, THE OUTCOME OF THE IRISH REFERENDUM IS FRAUDULENT AND MUST IMMEDIATELY BE DECLARED NULL AND VOID.