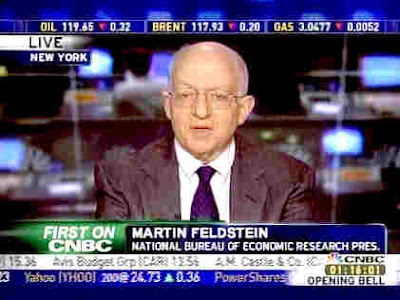 The sheer impossibility of cutting Greece’s fiscal deficit by cutting expenditure is beginning to dawn on the world. Germany might imagine that cuts will reduce outgoings, but incomings are also likely to fall by a similar amount, with GDP tumbling.

There are really no easy options, as to how to put Humpty Dumpty back together again. One idea being suggested is nearer the mark (no pun intended). That is to give Greece a temporary leave of absence from the Euro.

The idea is explained like this in the FT.

The rest of the eurozone could allow Greece to take a temporary leave of absence with the right and the obligation to return at a more competitive exchange rate.

More specifically, Greece would shift its currency from the euro to the drachma, with an initial exchange rate of one euro to one drachma. Bank balances and obligations would remain in euros. Wages and prices would be set in drachma.

If the agreement called for Greece to return at an exchange rate of 1.3 drachmas per euro, the Greek currency would immediately fall by about 30 per cent relative to the euro and other non-euro currencies. If there is little or no induced inflation in Greece, Greek products would be substantially more competitive in both domestic and foreign markets.

In exchange for permission to reset its exchange rate, Greece would have to agree to tough fiscal measures to bring its budget deficit down quickly and keep it down. Although the higher cost of imports would cut local real incomes, damage would be limited by the fact that imports are less than 20 per cent of total Greek GDP.

One problem would be that other Euro countries would feel aggrieved at handing Greece so much competitive advantage. Another would be how many times can any one country use this method of resetting their exchange rate? Another would be the blow to prestige in Athens and Brussels.

Saving face, however, isn’t going to weigh much with international financiers looking at potential default. The crisis will drive towards one solution or another.

The writer of the article in the FT suggesting this is Martin Feldstein, Harvard Professor of Economics, and a member of The US President’s Economic Recovery Advisory Team.

MORE ON GREECE – Cash transactions over 1500 Euros are made illegal in an attempt to reduce the size of the Black Economy in Greece. Link to The Conservative Blog.

AND – BOMB GOES OFF IN ATHENS –

Open Europe – Writing in the FT Martin Feldstein, Professor of Economics at Harvard, argues: “temporary financial patches will not deal with the real problem” and proposes that a solution could be: “The rest of the eurozone could allow Greece to take a temporary leave of absence with the right and the obligation to return at a more competitive exchange rate.” He adds, “The European economic and monetary union is doubly flawed” since it “forces diverse countries to live with a single interest rate and exchange rate that cannot be appropriate for all members.”

Writing in Le Figaro columnist Yves de Kerdrel argues that the “problem isn’t Greece, it is the euro”. Meanwhile, Hans Eichel, who was German Finance Minister when Greece adopted the Euro, says in Focus that the “Euro entry of Greece was a mistake”.

Yesterday, customs officials in Greece went on strike, and elsewhere a bomb exploded outside the Athens office of JP Morgan, causing no reported injuries.