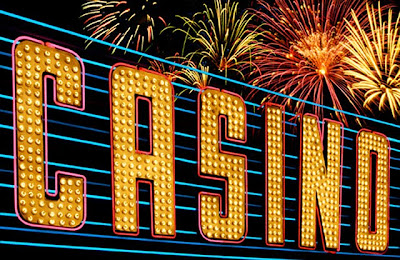 Ever wondered how the oil price could shoot up to $140 a barrel, down to $55 and then settle back at $80 or so where it started, all in a year and a half period. (Click on Chart below)

The same happened to rice making millions hungry, and yet throughout this period there was never hint of any shortage of either oil or rice.

The price was run up in the futures market, while a small number of high-rolling players got involved in a bidding-up game, forcing consumers to pay ever higher prices for essential commodities, while their profits soared. The only trouble was when the rush to the exits came, there were casualties. The financial system, which had been allowed by government to effectively become a casino, as with all gambling, was creating big winners and big losers.

It was in the 1980s and 1990s that Ronald Reagan and Bill Clinton removed so many of the checks which had restrained such speculation in former times.

Now a few banks have been burned, and Congress is keen to stop the volatility of markets, and at last some of the old controls are being brought back. Too late for many of the casualties, of course, but for rebuilding the confidence of consumers and businesses, it is better late than never. The big players have got too powerful. They need pulling back.

Why allow wealthy and powerful organisations to effectively raise taxes on the rest of us? Are these the same people who get behind Presidential campaigns, buying influence, giving enormous pay-offs and bonuses to their staff? It seems so, but the US Congress is belatedly getting angry with what’s happening and putting a stop to it.

Reported in the WSJ and elsewhere today –

The U.S. Commodity Futures Trading Commission (CFTC) will scrutinize whether speculators in the base and precious-metals markets should be subject to trading limits, The Wall Street Journal reports. It is set to meet on March 25, to consider imposing speculative position limits on four major energy commodities—oil, natural gas, gasoline and heating oil.
The meeting will be part of CFTC’s look into how the commission regulates futures and options markets on commodities of finite supply, said CFTC Chairman, Gary Gensler. The meeting will be open to the public, adds

My own business has been badly affected by the same games – in the precious metal markets. This gives me hope that at last, the normal workings of supply and demand can set prices, and not high-rolling gamblers.

2 Responses to “At Last. Bringing Back Sanity To The Financial Casino”