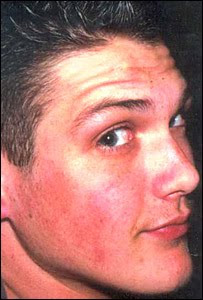 Teachers are mind programmers. They are also the easiest minds to programme, and tend to believe the outputs of others, such as the MSM for example.

If the MSM says all Tories are evil people who liked things the way they were 200 years ago, they believe every word. Equally if they are told the globe is warming, they in turn instruct children that the globe is warming, as a fact, not a theory. In many cases, teachers are told what line they have to take by government.

What is the cause of the suicide clusters? One source alleges that some kids are being subjected to dangerous mind-programming techniques, which are designed to break up families, as instructed by Marxist Leninist theory, and render all dependent on the state. In some areas like South Wales, this has resulted in a noticeable suicide cluster of kids from the same school.

News Story BBC LINK. What is the most odd thing is that in the clusters, girls are hanging themselves which they don’t normally do.

PICTURE – a 17 year old victim from the South Wales cluster, who told his mother he hated his life but couldn’t say why. Had he been brainwashed by politically motivated ‘teaching’ methods?

One person who is prepared to take on subjects like this is Brian Gerrish, a former naval officer. He believes he has evidence that children at schools are being subjected to psychological techniques to break down their loyalites to family and community. Before dashing off and saying ‘nutters’, it might be worth listening to the only people who offer an explanation for these otherwise inexplicable phenomena.

The BBC in its reports on the suicide clusters offers nothing at all by way of explanation, which is a sure sign they don’t want to delve into it. Any rational approach would require that there is an explanation. What is it?

Some people, like Gerrish, believe that those who are carrying out psy-ops in schools are also motivated to make a selection from the population. Currently they state that they are choosing which people are suitable to act as leaders in society. Gerrish believes that this is just a first step, and that they have a second phase planned when they will set up a totalitarian political structure, in which those not selected to ‘lead’ might be deselected from life.

There are papers being written by environmentalists that Gerrish possesses and can be found on the web, stating that the world’s population needs cutting by half.

Human beings with total power have a habit of doing some very nasty things.

Let’s try to hang on to democracy.