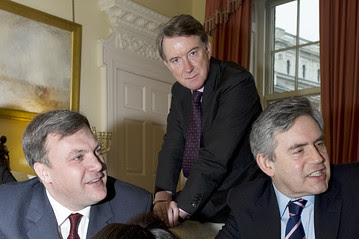 I notice in the comments sections of many unmonitored blogs a certain tendency to talk about sex. Maybe due to my age but I don’t feel the same intense need to refer to this topic quite as frequently as many others do. I skip over most, while having the occasional chuckle.

The below letter is from the British Ambassador in Moscow to Lord Pembroke of The Foreign Office during the darkest days of WW2 in 1943. While expressing very similar sentiments to today’s young male blog commenters, the letter does also have the advantage of being a historical curiosity. It came to my notice when it was kindly forwarded on an email. I thought I would share it. 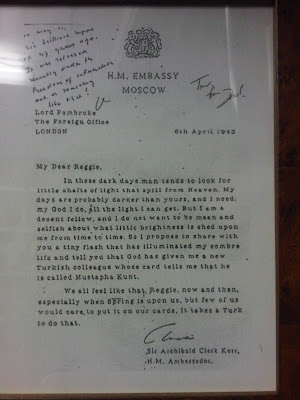 The only ones I can think of at the moment are pictured at the top. PICTURE – Hattip WSJ Blogs. Iain Martin.

Bruce Anderson of The Independent writes –

If the Labour Cabinet could decide the outcome of the election in a secret ballot, there would be an overwhelming vote for a Cameron-led minority government, which they would hope to overthrow after they had sorted themselves out. Most of Mr Brown’s own colleagues find him so impossible to work for that they cannot bear the thought of another Brown premiership. Working for Mr Brown is about as life-enhancing as working for Macbeth in Act V.