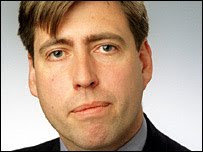 I know that I upset a few readers by being honest about my feelings as to UKIP’s lack of any clear strategy, as to how to get Britain out of Europe.

I am not trying to stir up trouble for no good reason. There should be more thinking going on about what the future path of events could be. Ukippers should think of this.

There are many signs that if Cameron makes it to Downing Street, he could be facing a highly rebellious bunch of MPs, who believe strongly in policies such as the return of the grammar school, withdrawal from the EU or repatriation of powers.

It only takes 15% of the total of MPs to launch a leadership challenge on the Party leader, whether the leader is Prime Minister or not. The more eurosceptic Conservative MPs that make it to Parliament, the more chance that, if Cameron turns out to fulfil UKIPPER’s worst nightmares, and is weak in negotiating with the EU, the more likely a coup d’etat against Cameron might be successful.

..Then there are those on the back benches who feel that they have been badly treated by Cameron and would enjoy the chance to repay him. Patrick Mercer, who Cameron sacked for saying that the use of the phrase ‘black bastard’ was part and parcel of army life, was left so isolated that he agreed to work for Gordon Brown on a homeland security review.

Graham Brady, who resigned over grammar schools, is now regarded as the favourite to be the chairman of the 1922 Committee of Tory backbenchers. The election to this post of the one Tory to quit Cameron’s front-bench team over a difference on policy would send a clear message to the leadership.

The ranks of the disaffected will swell considerably by the end of the first week of a Cameron government. Any existing Tory MP who is not given a job straightaway will conclude that they are never likely to get one and so have little to lose. There is already mumbling from the over-50s about being victims of a cult of youth: that the party is led by young men who are, in turn, advised by even younger men and the odd ‘celebrity oldie’ like Ken Clarke.

Mr Cameron’s allies might well dismiss many of these critics as bitter cranks. But as Charles Clarke has shown, lone wolves can destabilise a leader if they are determined enough. The dissenters will have several issues to play with: both the proposed defence cuts and the refusal of Dominic Grieve to repatriate powers over English justice from Strasbourg could cause trouble before the end of the year.

Crucially, if Mr Cameron wins a majority, most of his MPs will be newly elected. He will, like Tony Blair in 1997, be a leader of a party which has just had a massive transfusion of new blood. But surveys of the likely 2010 intake show them to be anything but Cameron groupies. Of those candidates who are fighting winnable seats, only a third were on the initial A list of priority candidates drawn up by Central Office. The remaining two thirds know that they were not the leadership’s first choice, something that is not likely to increase their loyalty to the Cameron operation.

To the piece by Forsyth might be added the so-called hoax letter, which was circulated amongst MPs, which makes explicit a desire to remove Cameron as leader. If it was a hoax, it was a very well written one, and even then, it gives a flavour of how a palace revolution would be entirely possible in the right circumstances.

For a UKIPPER who wants out of the EU, thee are two points here.

OPTION 1 – If the Conservatives escape the Hung Parliament that the media are so hopeful of, and achieve a majority, either Cameron will repatriate powers, or

OPTION 2 – if he doesn’t, he could face an internal revolt. That revolt might either enforce a stronger line on EU matters, or it might even fell him during his first term in office.

A UKIP candidate standing at the GE in 2010 can only help Labour and the EU. A bigger vote for the Conservatives will swell the number of backbenchers who will have more clout, the bigger their number.

I stood for UKIP in 2001 for Shrewsbury & Atcham. There was no hope of a Conservative majority at that moment due to the Lib-Lab voting strategy, and a UKIP breakthrough still seemed possible. Hague had to rush around defending the £ to outflank us (UKIP) which, in itself, was a highly significant event.

UKIP later delayed the EU COnstitution by promising a referendum on it, which was matched by Michael Howard in 2005.

With UKIP coming 2nd in the EP elections in 2009, all talk of a system of PR for Britain, once a serious threat has been shelved.

UKIP has major achievements under its belt.

But right now the UKIP game is counterproductive to the eurosceptic cause. The people who want Britain out of the EU should use their noddles. The best thing a UKIPPER can do in 2010 is stand down if you are a candidate, and all should vote Conservative.

There is only one seat where this does not apply – Buckingham, for a reason that is obvious. Farage would be influential in Parliament.

PICTURE – Graham Brady, who stood down from the Front Bench over the Grammar Schools issue, saying that they were engines of social mobility. MPs like him will not permit Cameron to carry out policies they don’t agree with, without a fight.

Graham Brady, who resigned over grammar schools, is now regarded as the favourite to be the chairman of the 1922 Committee of Tory backbenchers. The election to this post of the one Tory to quit Cameron’s front-bench team over a difference on policy would send a clear message to the leadership.

The Chairman of the 1922 Committee is influential over all backbenchers. And if the leader acts in a way that MPs cannot accept, they take their concerns to him. If he receives enough letters (15% of the total of MPs) to launch a bid to change the Party leader, he then calls a vote. For example IDS was dismissed in this manner.

The game of power to fight Britain’s EU membership, to renegotiate it or to end it, will, if they win the election, be fought inside the Conservative Party.  UKIPPERS are helping their own enemies by standing to one side. It’s time to put down the UKIP sword and get into the game of saving Britain, not as a pressure group, not as a thorn in the side, but on the inside, within the Conservative Party, once more.

I’m a long time lurker on this great site, since 2005, but this is my first post.

I’ve thought for some time the Uniform National Swing across the whole of Britain is likely to underestimate the number of seats gained by the Tories. The swing in Scotland, for instance, with few Lab/Con marginals, is likely to be far smaller than that in the Midlands, with a large number of marginals.

I have created an Excel Spreadsheet model at:

which tries to estimate which seats which will change hands using regional swings and in comparison with UNS.

I have plugged in the regional and national data for the Populus poll for January.

The National poll had:

The regions are those used in the Populus dataset

ie Scotland, North, South East, Wales and South West and Midlands, though the sample sizes will be small with obviously a large margin of error.

I’d appreciate any constructive feedback from you guys.

Incidentally the regional model shows the third greatest Tory gain to be Morley and Outwood, seat of Mr Edward Balls.

If this is true there could be 400 Conservative MPs far out-stripping the expectations of the planners inside the Conservative Party. The sheer numbers of back-benchers owing nothing to the leadership is surely the most fruitful potential eurosceptic workface imaginable. If this coincides with a major crash within the eurozone, all the political momentum will be to get powers back from Brussels. Ukippers should be on board the train, not stranded, trying to work out where they fit in.

6 Responses to “Time For UKIPPERS To Sheathe Their Swords”