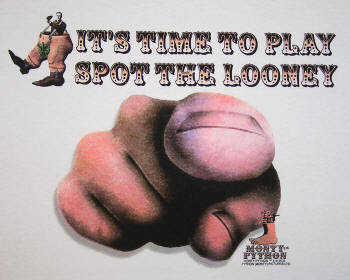 UKIP are acting as EUKIP again, helping to keep europhiles in Westminster.

See them in action helping Labour keep Britain in The EU again.

Incredible, they have no brain between the lot of them.

Maybe they can find a burqa-wearing enemy of the people in this constituency to justify their endless lunacy, damaging the eurosceptic cause.

Lord Pearson’s finding it all far too much to cope with, being UKIP leader. He’s gone on a suicide mission, determined to bring down any attempts by the Conservative Party to deliver a eurosceptic programme. He’s the EU’s first kamikaze pilot, learning his best tactics from an Al Quaeda training camp, taking out any eurosceptics who come into his path.

If he had to fight a battle, his enemies would only have to wait while he ran round shooting all his own best soldiers.

If Britain could ever be said to possess a death wish, Pearson is that personified. Monty Python couldn’t do better at finding a mad old buffer who has exactly no idea what’s going on, with a permament dazed expression, while all his attempted initiatives meet with the very disaster that he fears, and tries so desperately to avoid – being made to be irrelevant. 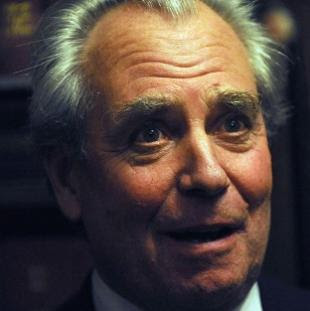 From The Herald Scotland –

The Tory bid to claim the scalp of Scottish Secretary Jim Murphy at the General Election faces a threat from the UK Independence Party (UKIP) standing in East Renfrewshire as a deliberate spoiling tactic.

UKIP’s Scottish Treasurer, Donald MacKay, says that unless Conservative candidate Richard Cooke gives a categorical public commitment to support a referendum to overturn the Lisbon Treaty, UKIP will stand in the constituency.

The Eurosceptic party has already made such a pledge in North Ayrshire where they say Tory candidate Philip Lardner meets their test and will not face such an intervention.

However, Mr Cooke has dismissed the threat, pointing out that Labour has pushed through the Lisbon Treaty to the point where it would be too late to hold a UK referendum. He also points out that he organised a local referendum in East Renfrewshire, which, on a turnout greater than the last European elections, showed almost 90% of voters opposed to the treaty, a view he said he would uphold if elected to Westminster.

He said: “The question UKIP have to ask themselves is would they rather have as MP here someone like me, who gave the people of East Renfrewshire a say on Europe by organising a local referendum, or Jim Murphy, who as Europe Minister was responsible for steering the Lisbon Treaty through Westminster?”

12 Responses to “UKIP Are The EU’s Fifth Column”