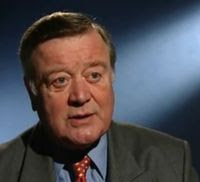 This morning the airwaves in the UK are filled with reports of Ken Clarke’s declaration that taxes will soon need to be raised by whoever is in power. Being in distant parts (until next week) I haven’t been able to access news bulletins directly, but I’ve read Ken Clarke’s words on CH.

OK Ken, these are nice words and not before time, but still no numbers.

The words without the numbers that explain them are not all that much help. It’s like the doctor telling the patient the course of treatment he will soon have to undergo, without explaining what the illness is.

If the problem is big, how big? In numbers please.

But give us the full unexpurgated, full story with the numbers attached.
How big are the debts?
How low are the revenues?
How big is the spending?

There are only three numbers altogether.

Politics is becoming mere background theatre as the fact that the British government is spending probably GBP 800 billion in 2009, and raising only GBP 400 billion in taxes, starts to dawn on the world. The situation is so bad that we are not allowed to know it, is the only conclusion we can come to.

With GDP at GBP 1.26 trillion and falling, call UK government borrowing in all probability nearer 33% of GDP than 12%.

And if not the numbers, where are the words that tell us the real truth? Politicians are hinting and hovering around the topic, but that is not getting across to people what they really need to be told. In the void, we have to scrabble around looking for the details ourselves. And as we do, we find a very messy picture indeed, which needs positioning.

It’s not going to be just a bit more VAT here, and a bit more Income Tax there. There is a vast chasm of a gap between spending and revenues, which will take years to close. The rough co-ordinates of the task ahead could be mapped out now, though, so people can see what’s going to be required as the total picture.

Let’s put some numbers together as the kind of proposal that is needed for an effective Conservative economic plan.

Where we want to be

Let’s aim for a GDP of GBP 1.5 Trillion in five years, with government revenue at 40% of GDP – GBP 600 billion – and annual fiscal borrowing of nil, enabling a gradual 25 year repayment programme of the massive ‘Stealth Crash’ debts.

(Brown is insisting that the situation he has created by stealth tax and stealth bail-outs, now be allowed to crash in stealth. The situation cannot remain hidden much longer. But it should be named ‘The Stealth Crash’ or ‘The Phantom Crash’, as no one knows what’s going on with all key information being withheld).

Where we are now probably (if the truth be told)

We are starting from a GDP of GBP 1.25 Trillion, with annual spending at GBP 800 billion ,and tax receipts at GBP 400 billion.

How to get there

Growth rate – 4% per annum, only achievable by exiting the EU.

Spending cuts – GBP 200 billion. Achieved by selling off the banks to private ownership, getting rid of the managerial layers in public services, and raising service levels by eradicating the regulatory burden.

There’s the proposed plan about money. If there can be some kind of agreement that this is where we need to go, then the daily grind of politics can begin anew. But first we need some serious thinking to be done about the numbers, the ways that Britain can be put back on course, and then a determined government put in place that will deliver the plan.

Here are Ken’s words from yesterday –

When you’re the most indebted country in the western world, and people are talking about looking at the credit rating of the country, and we’re not sure that foreigners are going to buy gilt-edged bonds to finance our debt, then you cannot start promising you are not ever going to start increasing taxation.

We will try to avoid it, we’ll minimise it if we have to by having proper control of public spending, which we haven’t had in this country in the last 12 years.”

If I was a foreign investor, I would feel a lot happier with lending money and buying UK gilt-edged stocks if I felt the accounts the Treasury were producing bore some resemblance to reality, and if politicians had got their heads around the scale of the sums involved.

Gordon Brown is living in denial. Darling is obeying his orders, and repeating statistics like a parrot hired from a zoo. The Conservatives are not ready to attack head-on on this subject.

All credit to Ken for starting the ball rolling, but first, let’s ask the government to tell the whole truth.

People need to be told. Sod the elections. This is more serious than all the political games, the baby level expenses claims and hurt pride of MPs. This affects every man woman and child in Britain and beyond. The world runs on confidence, and confidence runs of trust. Right now there is none. This is the moment when a leader must surge forward and seize the opportunity to prevent a collapse. Brown must be got rid of at the earliest opportunity, and his toxic game of stealth economics be consigned to history.

Now come on Ken. Let’s hear it from you, or George Osborne. Or John Redwood. Who else do we have?

As regards Brown there is no doubt. Gordon Brown Must Go.

UPDATE – Speaking of John Redwood, here are his suggestions for how to approach this situation. HERE.

One of Labour’s biggest problems with this spin line even to get through to the election is they cannot explain why the UK economy did not recover when others did, despite all the borrowing and printing. If we look at past sustained recoveries – after 1981, after 1992 – they both followed tough action to control the deficit. If we look at past Labour mismanagement, in 1964-6 and in 1974-5 spending and borrowing too much then led to a worse crisis, followed by the need for cuts and austerity imposed by overseas money lenders and by the financial markets.