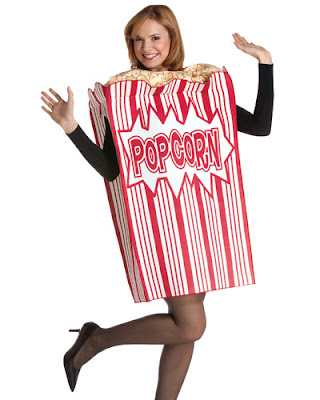 The Brown collapse is accelerating, and the disintegration, which was unbearable to the cabinet last week can, post-Watt, only be worse. The situation can resolve with either Brown going, or an election being called. I cannot see how people can carry on like this (ahem!).

He’s not a lame duck. He’s a plucked, gutted, roasted and marinaded duck. Balls is a row of glazed shallots. The rest of them are a bowl of fries. They can sit there and gradually be picked at by the media and the opposition, and become a pile of bones by May, or get on with it while they have a little flesh left on the carcase. How much humiliation can they endure? That’s the only question remaining.

The BBC is lining itself up to go down with Labour’s ship. The blogs are filling with comments of shock and dismay that the BBC is blanking the biggest story of the decade – that Labour have appointed a lemon Prime Minister, that the truth is, at last, coming out, after years of cover up.

The BBC too is going to take a bath of humiliation as it continues to attempt defiance of reality, showing themselves for the deluded and immature political adolescents they are, hardly worth a licence fee – ‘Propaganda You pay For’ as John Redwood calls them.

Take a few comments from the blogs this morning. This one for example –

Completely disgraceful lead story on the bbc about what brown will say tonight.

I think the floodgates have opened now and there’s just going to be a constant deluge of anti-Brown news, stories and opinion. No more than he deserves.

It’s popcorn time for the vast army of Brown haters.

The contrast between what you read all over the blogosphere – such comments are daily fare – and what you hear and see on the BBC could not be greater. In the real world of real people (the blogs) Brown is finished. Propaganda We Pay For is a parallel universe where events that have happened and are happening are denied, hidden, ignored to the point of lunacy.

Don’t these people at the BBC realise how stupid they look, clinging on in blind loyalty to a rapidly sinking ship, refusing to even think about heading for the lifeboats, or acknowledging what the whole world knows to be the truth.

They think themselves an information service? More a non-stop comedy show.

Do they think people don’t notice?

Have they no shame?

Do they want to show their faces in public again?

Do they want to be laughed out of town?

Or maybe they suffer from a messianic fantasy that events will soon fall into line with their requirements, as long as they ignore all evidence to the contrary.

I’ve got news for you, BBC, Marr, and all others who live in this parallel universe, your spaceship is about to crash.

No one will feel the remotest bit sorry.

Here is the BBC’s news lead story for the day.

Gordon Brown is set to issue a rallying call to Labour MPs by setting out his election strategy and telling them they can defeat the Conservatives.

The prime minister will appear with members of his election team before the Parliamentary Labour Party.

“We cannot and will not fight the election on small ideas but on big ideas,” he will say.

Wait til you hear what he actually means in a minute.

The meeting comes in the wake of last week’s failed call by two ex-cabinet ministers for a vote on his leadership.

Mr Brown will attempt to boost morale by saying of the Tories: “We can beat them, we must beat them, and we will beat them.”

(Where have we heard that one before?!!!)

He will be joined by Douglas Alexander as election coordinator, Lord Mandelson as chair of election strategy, and Harriet Harman as the director of the party’s day-to-day campaigning.
Our correspondent said this was designed to provide clarity, as Cabinet ministers were said to be unsure about their roles in the election campaign.

Total bloody chaos as usual. Maybe if they all sit near Brown while he’s talking, they might understand what he’s saying better. Maybe.

Other criticisms have included fears that Mr Brown was reverting to a strategy of relying on Labour’s core vote only.
But he will tell the PLP that the “aspiration” for every home to have broadband is an indication of the thrust of the campaign.

I get it. Broadband. 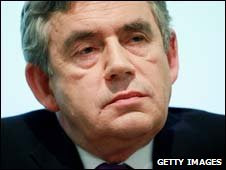