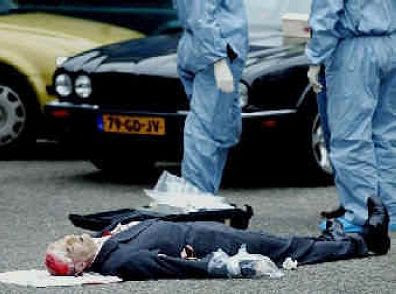 Pim Fortuyn who was about to win power in Holland, assassinated on May 6th 2002

Someone’s hacked my computer. The anti-virus defender has found a keylogger has been installed. That means every key I tap is packed into a file and sent to someone, probably over a Skype connection.

All my emails, chats and passwords are sent on to whoever has decided to hack me.

I guess it’s political. In some ways it’s even flattering. In politics, unless you’re upsetting someone, you’re not doing a lot of good. It reminds me of earlier elections when I was an activist, and when I was involved in other activity, such as blocking Portillo’s attacks on IDS in 2003. Phone taps, strange emails, odd people turning up, cameras, video recorders. I’ve seen it all.

I am particularly worried about the coming election. The Labour Victory election narrative was forecast by Labour’s election planners in December. The polls,we were told, will be around 10% in December. Then the Conservative lead will gradually be reduced to 3% or so, giving a Labour victory.

So far the polls are performing to order, gradually attenuating the Tory lead down from 10% (which is still given at 16% by Angus Reid Strategies).

The first Election narrative, the Hung Parliament, began after Cameron declared his intention to repatriate powers when Lisbon was signed. Since that moment, it was clear that he would not be allowed to win an election.

In December, the HP narrative was upgraded into a Labour Victory narrative, announced in a short paragraph towards the end of a Times article, stating in advance exactly what will happen in the polls and when. Everything that’s happened since has been a continuation of what was stated then. The role of the pollsters is to build the expectation in the public’s mind of the result that the riggers will then go ahead and create.

Postal voting will sort out the votes required. Ballot box activity will remove the necessary votes from the Lib Dems and UKIP. The polls merely create the expectation that everything is as normal. In a way, it is exactly as normal. They will do exactly enough to keep any eurosceptic out of power in Britain.

Thatcher was removed when she decided to rebel. Earlier strong British nationalists such as Mountbatten and Neave had been assassinated, supposedly by Irish terrorists.

(Wikipedia – On 18 October 1986 Powell returned to the subject of Neave’s death in a speech to Conservative students in Birmingham. He told them that INLA had not killed Neave, but that he had been assassinated by “MI6 and their friends”.) 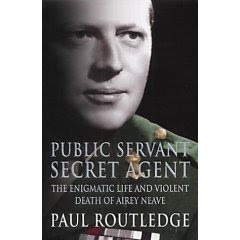 Hague didn’t stand an earthly. IDS was media assassinated before he could even try to win power. Howard was kept out with heavy postal voting in marginal constituencies. Cameron is going to be given the full treatment, postal voting and ballot box tampering, which is why the overnight storage of ballot boxes is being introduced. (That might be preferable to the method used in Holland to keep Pim Fortuyn from winning the election – a bullet in the brain). 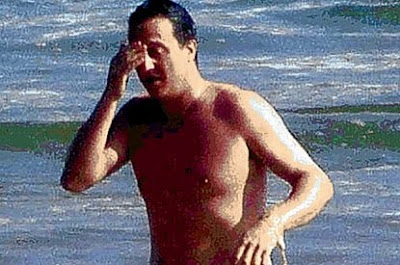 The EU is in in crisis enough with their finances all over the place, and the Lisbon Treaty proving more difficult to implement than expected. They are simply not going to risk a eurosceptic Prime Minister in Britain, which Cameron, perhaps foolishly declared himself to be, before the election was won, when Lisbon was signed in Prague. His media coronation four years ago was conditional on his complying with the EU’s requirements. If his complying was, all the time, an act, he should have maintained it til later.

The Local Authorities have been penetrated by Common Purpose and know what they have to do. Nothing will be left to chance.

Fraser Nelson has had his Lobby Pass removed, and must be aware that his career is threatened if he continues to offer opinions that the government is finished, even though, according to any rational expectation, Brown is totally blitzed.

The Civil Servants who have gone public declaring that the government is unworkable, will be ruthlessly purged after the election. We are getting close to a totalitarian state. They cannot maintain the pretence of democracy much longer.

Maybe the BNP and UKIP might wake up in time to where the game of politics currently is, and align behind Cameron for this election. They might as well. They have nothing to gain by opposing him, and maybe much to gain if they back him. They are dealing in a future fantasy, while the threat is current and real.

Just as the DUP and the UUP in Northern Ireland might decide to close ranks to block the advance of Sinn Fein, the right in Britain should stand as one in a FPTP election, with the objective of blocking Labour and the EU. It might be our last and only chance.

Or do we want Peter Mandelson as the first ‘Prime Minister’ of New Britain, the Millennium’s first openly totalitarian European state? 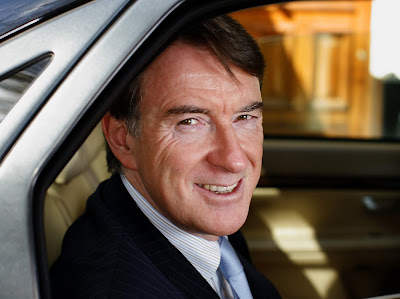 CLICK ON THIS POWER CHART OF THE UK – From www.cpexposed.com 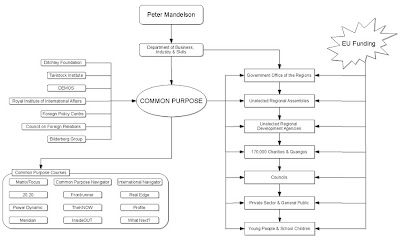 This is the organisation that will rig the coming election, and is preparing to provide an alternative post-democratic government. Mandelson is the current shadow ruler of Britain. He expects to become the future national leader of a post-democratic Britain.