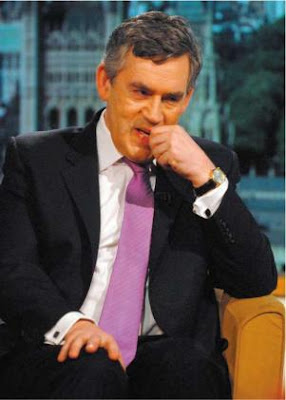 In the Newcastle Journal, Labour Chief Whip Nick Brown expresses fears of electoral fraud through ballot box stuffing at the general election. Good for him. It’s about time the silence was broken on this topic. The gradual decline in standards in public life will naturally enough affect elections, and anyone who has studied the distribution of the 4 million postal votes in the GE of 2005, heavily concentrated into marginal seats, will know that there is already a problem.

Since 2005 there have been constant allegations made of election ‘practices’ often by minor parties, although it wasn’t possible to be sure that an actual result had been altered by fraud. That was before the Glenrothes Byelection, the one result which looks totally suspicious, where even the voting Register disappeared for months afterwards. When it eventually ‘turned up’, all the details had been blanked. It was an electronic record, so easily done. The seat had been neck and neck in polling, but the massive postal vote delivered an unexpected 5000 majority for Labour.

It was shocking to see so much evidence that a Parliamentary seat in Britain has probably been rigged. And now we have these allegations from the Chief Whip.

If Nick Brown’s allegations were not so serious, I would feel like saying something like, ‘what goes around, comes around’. But just think about it. For the Chief Whip to be accusing Lib Dems of electoral malpractice is a sensational development. If anyone were to know how toxic electoral practice has become, then he will. This should send a shudder down everyone’s spine, who is concerned by this issue, which should be everybody in the land.

This is yet more evidence that we live in a post-democratic state.

The response from the Local Authorities was not reassuring. It was not a calm, measured response as you would expect from a professional service, declaring a determination to be watchful. Council Chiefs shrieked back at Brown with a shrill counter-accusation, which would be typical of a guilty politically-motivated mind, which had been exposed.

Here is the first half of the article from the Newcastle Journal.

ELECTORAL fraud fears were raised by North East Minister Nick Brown because many councils are not holding counts until the day after polls close.

In unprecedented comments, the Newcastle MP even claimed the Liberal Democrat-run city council could not be trusted with ballot boxes overnight.

Mr Brown’s claims carry extra weight because he is the Government’s chief whip – although furious council chiefs hit back at the “vile” accusations, and said votes would be kept under lock and key.

The row comes as Commons Speaker John Bercow has called for counts to take place on the night of the general election to preserve the drama and avoid delays to the naming of the next Government.

Just 330 out of 646 returning officers are planning to start counting votes when polls close at 10pm, according to research by the Electoral Commission – sparking fears the overall result could be held up until late the following night.

furious council chiefs hit back at the “vile” accusations.

I don’t like the idea of an electorally crucial lock and key being under the control of an agency shrieking ‘vile accusation’, when challenged. And anyway why is this extra opportunity for electoral fraud being created, to add to the problems of postal voting fraud? I have a horrid feeling we know the answer.

Like the Birmingham based judge says, we indeed have ‘an electoral system to disgrace a banana republic’, one where the Council Chiefs, who we depend on to honestly manage our rotten electoral system, shriek just like the monkeys scoffing the bananas.

I don’t know why but I don’t trust people who shriek like that when challenged. I have the distinct feeling that Nick Brown is onto something.

If he’s right, and he’s the Chief Government Whip, Britain’s electoral system is in grave danger.

If there is going to be a full General Election rigging attempt made in 2010, the first thing to watch for is how pre-election polling is managed. Anyone determined to rig a result would first need to carefully manage expectations so that the result required does not appear to be out of order, when it is delivered.

The first alarm bells began to ring when the Hung Parliament narrative was launched at a time when Cameron was showing typically a 16% lead. The polling was nowhere near where the narrative indicated.

But first Ipsos MORI obliged with its notorious 6% lead, and then gradually others fell into line at the 8-10% mark, apart from one which never changed right through this period, Angus Reid, who are new to the UK.

The polls followed the narrative, which was suspicious.

They added that they would expect to reduce the Conservative lead by Election Day with 5% coming from Lib Dems, and 3% from minor parties to around par, a Hung Parliament resulting or maybe even a small Labour victory.

You could call that fighting talk, but as I and others are on the lookout for the preparation of the public for a specific result before the election takes place, such developments are also an indication of a possible intention to rig seats to bring the narrative to reality.

If you want to be totally cynical you could say that Nick Brown is aware that there will be accusations of poll rigging flying around against Labour after the General Election is held, and New labour, true to form, are getting in the first jab. They have form for accusing others with their own misdeeds. 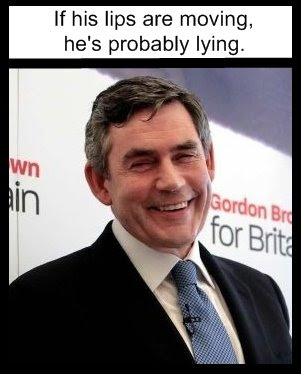 The Snow Rebellion, meanwhile, seems to have thrown out all the plans. If they were homing in nicely on their pre-electoral preparation of expectations, with compliant polling, the control achieved has now been lost. Since Hoon and Hewitt tipped over the apple cart, the expectation-management game has been sent the other way. Labour have lost all hope of winning, and many are now adjusting to the idea of losing their seats. It will be hard work to rebuild the Hung Parliament narrative from here.

If they are still intending to rig, they now know that it will be noticeable and raise suspicions. They would need to muddy the waters, which is what the Chief Whip could be doing.

Any British person concerned by the things that are happening in our country’s political system, would take no reassurance from what we have been watching. The nasty outburst from Council Chiefs against Nick Brown’s expression of mistrust of the electoral count, with the overnight storage problem now in everyone’s minds, does nothing to reassure.

Bring back Election Night. It will save a lot of worry for British people as we wrestle to bring our political system back towards a democratic basis, and maybe much much worse. It is simply not worth the risk. Unfortunately our Government does not share these concerns.

FROM SALLY ROBERTS, Commenter on CH

This is an elaborate double-bluff operation whereby they know full well that we will suspect them of stuffing ballot boxes (Glenrothes anyone…?) – so they come roaring out of the traps first, saying that they want to preserve counting on the night to avoid any cheating…. That way they think no one could POSSIBLY suspect them of any underhand behaviour because….

I think people will see the pattern developing here.

Title derived from Shakespeare’s Hamlet, in which the Queen says,” The lady doth protest too much, methinks” in the original version.

Postal voting lays itself open to fraud at present.

The lackadaisical way in which postal ballot’s were authorised by the Labour Gov’t., means that fraud, which has already been apparent in recent poll’s, is endemic in labour strongholds.

The fact that labour and particularly Brown are against tightening the rules apropos postal votes say’s it all.

On topic: I’m sorry but unless you are incapable of making it to a voting booth then you should not get a postal vote. End of. People have fought and died for the right to vote across the world – is it to much to ask that you walk/drive a shortish distance to your polling station?!? We’ve had evidence of problems with postal voting and it should be suspended until further notice except in very limited cases.

I think postal voting should be restored to the status quo ante, which was was that you had to have a good reason for not being able to vote in person.

The standard procedure for Presiding Officers is that, at close of poll, they put the marked register and the books of unused ballot papers into the ballot box. Quite often everything else lying around the poll station goes in as well – rubber bands, ballot pencils, party leaflets even.

The PO then seals the ballot box and it is taken off to the count. The law (used to at least) allows anyone else present to affix a seal as well. One LibDem Councillor I know took great delight in putting on a Lib Dem sticker at close of poll and watching the outrage from Labour tellers at the count when the box was brought in.

Basically this way keeps everything together from the polling station, which can then be reconciled at a later time. It’s probably safer to do it this way, than send the unused ballot papers and registers separately. You could open the box at the Town Hall or wherever and remove them but I think this would create just as many possible insecurities.

The big problem for electoral fraud is unlimited postal voting. The pass was sold on this one in the 1980’s when the Conservative Government allowed ex pats to go on any UK electoral register they could claim a link with. Not rocket sceince to deduce a very strong base of conservative support among this group. Some really dodgy people appeared on registers in Sarf London.

4 Responses to “I Think They Do Protest Too Much”