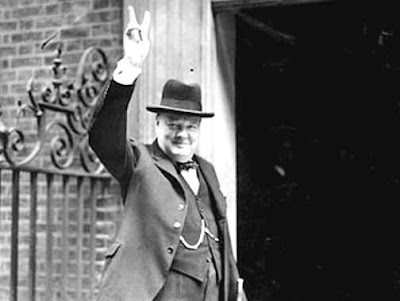 As fast as Britain’s government is disintegrating, with six members of the cabinet expressing disloyalty to Brown in the Snow Rebellion, the finances are cracking even faster.

I warned on this site some months ago that interest rates were likely to go up. I said I did not think people and institutions would go on lending to the government at 2-3%.

Why does this matter?

It matters because it means we taxpayers will now have to pay a lot more interest.

Borrowing is fast heading to over £1 Trillion, as I have been blogging recently. If we have to pay 4.5%, that will cost £45 billion a year in interest payments, or more depending on when spending is finally brought down. This comes up from £10 billion, which interest payments were costing until fairly recently.

This is distressing news. Britain is being driven by Gordon Brown’s long insanity to a point where we are seen as one of the world’s basket cases, not creditworthy and not to be trusted. The cuts that are inevitable will have to pay higher interest before they even reduce the borrowing gap between spending and revenues. This is what debt does, pushing the good times further and further into the future.

To my mind it’s incredible that the bankers have taken so long. At last the world is starting to see Gordon Brown and his trillion Pound debt for what it is – a total loss of control by a political gambler, who’s gambled to save his political skin with our future health and prosperity, and lost.

He’s now locked in his bunker with his own people starting to ignore him and talk of his end everywhere. His opponents, though, cannot rest and must keep on wearing him down until he finally cracks.

But amazingly the BBC and the media still carry on as if all is perfectly normal. As in Nazi Germany, the Propaganda Ministry is staying loyal right to the very end, and refuses to offer even one word of doubt that the ‘Leader’ is going to rule in perpetuity.

It might be comical to see them struggling in the face of impossible odds to save Gordon Brown, even now, as the City crumbles around him, but make no mistake, these BBC goons like Nick Robinson would rather die with Brown than have to witness a Conservative government taking over in Downing Street.

I promised the worriers who find my writing too depressing, to look out for some good news where I can see it. Yesterday shares in the Royal Bank Of Scotland kicked up from 29.5p to 32p, reducing the government’s losses. Their shares were bought at 65p. Maybe one day these shares will be sold at a profit!!

To quote someone else famous, who was faced with an appallingly difficult and long drawn out crisis, fighting against an even worse form of powerful insanity, the following words ring true once more –

‘This is not the end.

This is not even the beginning of the end.

But it is perhaps the end of the beginning.’
Winston Churchill speaking after winning The Battle Of Alamein.

Let’s think positively. Once Gordon Brown and New Labour are defeated, the long slow job of sorting out Britain can start. Today, with the political and the financial signals going into the red zone, it seems that Brown and Labour’s days in the bunker have to be numbered. ‘The end of the beginning’ is coming.

6 Responses to “The End Of The Beginning”