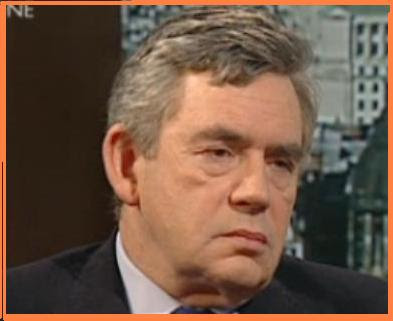 Much emotion is being expended that the fiscal deficit and borrowing requirement is as high as GBP 178 billion.

It is a forecast figure, based on assumptions as to revenue and spending.

Revenue. The figure for revenue was forecast at GBP 498 billion in April 2009, since when it has been mentioned in most news media that monthly receipts are well down on last year.

Spending. Spending was budgeted in April 2009 as GBP 678 billion. In the November PBR Darling ducked out of giving any current information, which would have built trust, and merely confirmed that all the forecasts were right on track, which just about everyone on the planet knows to be impossible.

Yet in December 2009 the Treasury Spending Outturn Figures, in which spending was totalled, it appears not at the forecast GBP 680c billion figure given by Darling in the PBR, but at GBP 620c billion, a magical reduction of GBP 60 billion in a month.

(I have written on these December HM Treasury Spending Outturn Report ‘accounting adjustments’ in earlier posts).

If revenues have fallen by GBP 60 billion to under GBP 440 billion, which common sense says is very possible, the only way to keep the declared borrowing target on track, would be to reduce the budgeted spending figure by GBP 60 billion to match the fall in revenue. This is one possible explanation as to what we are witnessing.

There are no explanatory notes accompanying the vast ‘accounting adjustments’ so we are entitled to speculate.

I suppose the problem for Brown and Darling, is that once they’ve opted not to come clean and admit how bad the recession is, they are having to make more and more desperate manoeuvres to keep the true story under wraps. Brown obviously prefers to persuade everyone to join him in his state of truth suppression, but most people are not like him. We don’t feel comfortable going through every day knowing we are lying to ourselves. Most of us prefer it on the chin. But then I suppose most of us are not politicians.

Common sense tells you that the 178 billion figure must be past its sell-by date. If you add back the GBP 60 billion, as an assumed ‘adjustment’ the figure would be nigh on GBP 240 billion.

But spending too has been creeping up since forecasts in April 2009 were made, as the recession has assumed a severity and a duration Darling could not have foreseen. It would not be surprising if spending had also risen by about GBP 60 billion.

The borrowing requirement could be anywhere you like, but an estimate of GBP 300 billion would not be beyond imagination. As the government is playing around with the figures, as if billions were packets of Smarties, you might as well make up your own figure. But one thing is certain, the GBP 178 billion, or 12.5% of GDP has long gone.

Ken Clarke said two days ago that Britain is the most indebted government in the western world. But has even he really got the measure of the situation? This story, as the saying goes, has legs.

One thing we know for sure, in amongst all the doubts as to what the truth is, is that when the histories come to be written, no blame will be attached to any individual, so don’t worry Gordon. You could prepare yourself a suitable epitaph – 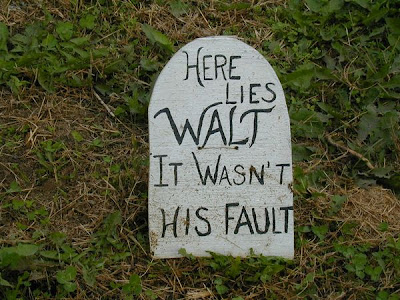 I’ve had comments here and seen similar around the blogopshere by people saying they are finding these posts about the UK’s finances very depressing and worrying. I don’t agree. We’ve been living like fools being lied to for too long. By getting into the pits of their lies, we can start to unravel them, and get our lives sorted out again.

It’s all a huge lie in my opinion, not just the money, but the legal powers awarded to bureaucrats and placemen who don’t care a damn about anyone except themselves. Please don’t be depressed. Be happy that this time we are not going to let them get away with their lies any longer.