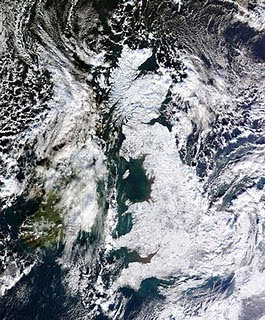 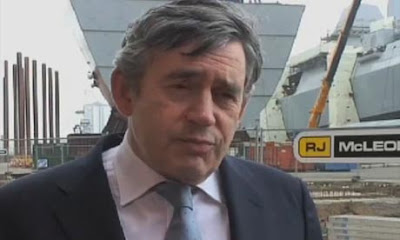 Manufacturers in the north-west and midlands have had their gas supplies cut as freezing temperatures propelled demand to a record high.

The cuts came as gas prices spiked on fears of disruption to supplies from Norway, the biggest source of imported gas.

THE GOOD NEWS – I promised to hunt out good aspects of news stories for those who find the bad things too depressing. Here are the positives of the current situation.

Roger Salomone of the EEF, the manufacturers’ association, said the loss of supply was particularly hard on companies that were struggling to rebuild their businesses after the recession, and sent a bad signal about the suitability of Britain as a manufacturing location.

“Unless we invest in gas storage facilities to the same levels as other industrialised nations, this could have a very damaging effect on manufacturing companies in the future,” he said.

The problems seem likely to continue into next week: on Thursday the Met Office warned that it expected more snow over the weekend, and that next week was “set to remain cold or very cold across the UK”.

Jeremy Nicholson, of the Energy Intensive Users Group, which represents large industrial customers, said gas supply had been “satisfactory, given the circumstances”.

He pointed out that although the spot price of gas had risen sharply, reaching 56p per therm on Thursday before falling back, it was still well short of the peaks of over £2 per therm reached in 2006.

However, he added, the gas network was vulnerable to further disruption such as a fresh dispute between Russia and Ukraine, and the risk would grow as demand picked up with the recovery in the economy.

It doesn’t sound like an economy built for growth, though, does it, as Brown and Mandelson are always claiming. Rather one built to eke out what little money they have left.

We need the Conservatives!

the state has centralised the distribution of salt to cope with a week of snow. Prudent local authorities, who ensured they’d be prepared for a tough winter, are in effect having their salt supplies requisitioned to provide for those who failed to do likewise.

Local accountability? Why would a town hall ever try to take the initiative itself and plan ahead for the unforeseen if central government is going to wade in whatever? Why use your initiative to help out your neighbouring authority, if a ‘phone call from Whitehall is going to dictate the relationship anyhow?