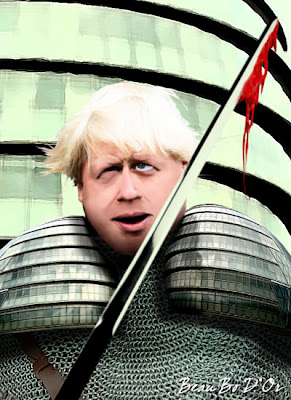 There are many people I’ve heard saying recently that Labour don’t want to win the UK election. The writing below gives a clue as to why that might be. When economies turn nasty, the people get angry with their leaders. In elections they tend to throw them out. The financial forecasters like Bob Prechter, writing below, believe we are currently in a bear market rally, matching the one that happened after 1929. If he is right, the next phase will be a long-drawn out bear wave, which will bring huge social change in its wake.

One of the above charts dates back to a period during 1929-1930; the other shows a more recent picture. Can you tell the difference?

This is what he writes –

Bob Prechter: The bear market will bring back nationalism, racial exclusion and perhaps even religious conflict. Thinking technically about events, that is, observing what they reveal about social psychology, prepares you for those changes, whereas trying to predict the future from the events themselves leads you to the opposite, and wrong, conclusion. It cannot be stressed enough, because life-or-death decisions can depend upon your assessment. Notice what marks the major bear market lows of just the last 200 years — the Revolutionary War, the Civil War and World War II. Those were buying opportunities.

The End of Two-Party Politics

Q: Back in 1989, when two-party politics appeared assured forever, you predicted a third party and a shake-up of the traditional parties.

Bob Prechter: Yes, because what normally happens in the type of period that is approaching is a polarization of opinion in all kinds of areas. It’s not just that the left takes over or the right takes over. During bull markets such as in the 1950s and the 1980s, most people are centrists. In bear markets, you see extreme polarization. You get leftists and rightists on one axis, and authoritarians and champions of individual liberty on the other, battling it out for power.

Bob Prechter: Oh, yeah! That’s when people tend to vote for more radical candidates. When the next general decline in world stock markets takes place, the popularity of all incumbents will suffer. If the markets fall as far as cycles suggest in the next few years, most incumbents will not win re-election. But don’t confuse interesting politics with good fun. It’s usually scary..

In this kind of crisis level, I would imagine that me-too Blair leadership will be blasted away. This sounds more like Boris Johnson territory to me, Dan Hannan or Nigel Farage. The Centrists will soon have had their day.

There is one small problem. None of the battlers I’ve mentioned as potential rightwing leaders are in the House Of Commons, currently. Cameron will have to adapt his act.

The political cycle in Britain has gone so far to the left that criminals are now the privileged section of society, ánd the good and honest the suppressed. Lying is still admired and even boasted about by the few remnants of New labour that still want to show their face, notably Campbell and Mandelson. The swing back to the right, to a more honest and a more real politics, when it comes will be strong and sustained.

The coming bear market will bring it on.

The December CPI figure was 2.9%, sending forecasters like Guido into a hyperinflationary spin. The insertion of hundreds of billions into circulation by the QE programme is being identified as the cause of the coming hyperinflation. But hang on, the debts outstanding are far larger than the QE programmes, maybe ten times larger, if all the information were available.

If inflation is starting, interest rates might have to rise, that would tend to halt or drag on the scale of QE. The first phase of the downturn where governments have tried to use cash to halt it, will hit the buffers. Then the dominant deflationary trend will re-establish.

It will be a lousy time for politicians and financiers, but potentially a great time for entrepreneurs who will find the normal regulatory barriers can be blasted away with political support surging for those who know how to turn the depression back into growth. There is always a silver lining. Businessmen who can, this will be your moment to shine, and for politicians who are good with money and understand business. Boris?