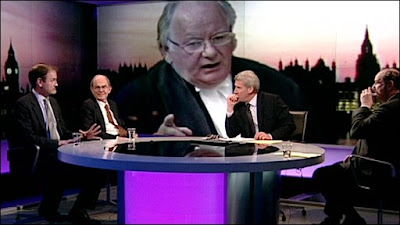 If there is one thing that really frustrates me about UKIP, it is their lack of dedication to their own cause. Douglas Carswell MP Harwich (Conservative)is bringing a Private Members Bill to propose an IN/OUT referendum. He has campaigned for this a while, but has now decided that as there is no referendum offered on Lisbon – what’s the point? – the situation requires a full IN/OUT decision to be taken by Britain. And he alone has the right and guts to bring a Bill into Parliament. Britain’s future hopes literally rest in one pair of hands at this moment.

You would think that any organisation whose aims are to withdraw from the EU, might therfore be fractionally interested in Carswell’s Bill. You would imagine that they would be very pleased with any MPs which come out and vote for it. You might even imagine they would stand down their hopeless quest for seats at Westminster, which blocks eurosceptics from Parliament at every election, in the seats of those MPs who support the referendum bill. After all, UKIP claims that this policy is their policy.

But what happens? Instead of support there is total silence on Carswell’s Bill from UKIP. There is no excitement that Carswell is acting in the role than no one else is doing. He has accepted that he will never be given a Front bench position, and he prefers to attack the corruption of the Political Class from the back benches. All eurosceptics should be riven with delight that we have a champion, that there is still one small voice at Westminster who believes what we all believe, that there is one person with enough balls to say no. 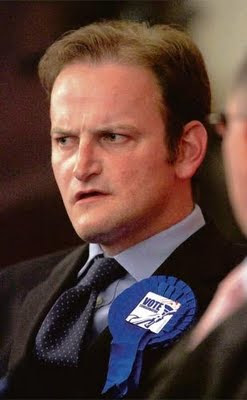 This non-reaction to help and support Carswell, reminds me of UKIP’s response to IDS in 2003. He made it Conservative Policy to prohibit the Euro permanently. He was moving towards a withdrawalist policy, and making important directional speeches such as his Prague Speech. He was preparing a new EP Parliamentary Grouping, with Owen Paterson visiting many countries to build the new alliance, and quit the EPP. But what was UKIP’s reaction to this eurosceptic spring? Again total silence.

I asked Nigel Farage, who, I occasionally spoke to at that time when I lived in the UK, and had written one or two leaflets for him in 2001, why he did not do more to help support IDS against the europhiles in the Conservative Party? He seemed only to want to find a way to get UKIP MPs into Westminster. I would not disloyally give away the terms on which he wished to trade (I also know Owen Paterson who was IDS’campaign manager and was negotiating the first attempt to leave the EPP in 2002-2003), but I found it surprising that he was not more excited that the Conservatives were finally trying to get its EU house in better order.

Moving forward to today’s situation, six years on from the IDS period, Nigel Farage is now, in effect, asking Conservative voters again, this time in Buckingham, to give him a chance in Westminster. He again wants to be a part of the game of attacking the Political Class, from the inside, not from out in the cold, from Brussels, where he’s been working away for ten long years and more.

UKIP has grown from a tiny party, in this time, under Farage’s leadership, and before he was leader, when he was always by far the best proponent of UKIP’s withdrawalist policy.

He has kept alive the hope of British Independence through the long years of Conservative ‘Ín Europe But Not Run By Europe’. In this, he has received endless support from the BBC, as they saw Farage as a way to keep Conservative votes divided. He has rarely been out of TV and radio studios for years on end promoting the eurosceptic cause, for which he deserves much credit.

How excellent it would be if Farage could now turn that exposure round against the system, which tried to use him to divide their opponents, and turn from an outsider blocking the Conservatives, into an insider who helps to fire up a new joint front on the EU. The public still do not understand the extent to which the EU runs and controls everything in Britan. Farage could do as well as anyone else, or better, in explaining how the EU has corrupted our system of government to its core. He would be a totally free voice, able to speak his mind in Parliament. The idea has its attractions.

But there is one problem. 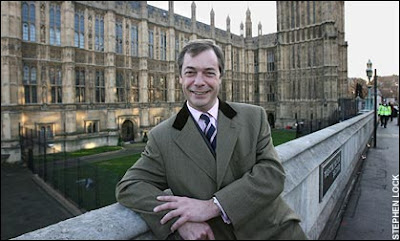 Farage cannot ask Conservatives to back him, if he doesn’t in turn show some respect for, and cooperate with Conservative eurosceptics like Carswell who are equally courageous and fearless in their attacks on the EU, and who are already in Parliament.

If all Farage wants to do is to promote UKIP, he would be wasting our time. If his business is to do that as his primary objective, and not to get Britain out of the EU in whatever way it takes, he would be more trouble than he’s worth. If he is like Scott of the Antarctic who wants to conquer the Pole, seeing Carswell as an Amundsen, who might get there before him, he will possibly even be destructive of Britain’s interests if he gets to Westminster. There would have to be cooperation, and an acceptance of the realities of what was possible.

That is Farage’s problem. Is he really a patriot? Or is he just UKIP, a messy little party, riddled with corruption, with 20% of its MEPs already in jail, itself allied with other EU Parties to form the Federalist and Racist Freedom & Democracy Group in the EP? The question for Farage is how loyal is he really to the eurosceptic cause?

Has he himself accounted for all the substantial monies that have passed through his hands? We know what Farage is proposing, but has he slowed down his political activist mind, to think how, if he wins Buckingham, he’ll be in a very different situation to where he is now, which needs different strategies.

He has lived like an outsider in the EP, an attack dog living in the woods, fearlessly taking on all the slimy and corrupt deals and personnages in the EP, but at Westminster, in the end, he will only do any good if he can work with the Conservative eurosceptics.

The gain would be his powerful communication skills. 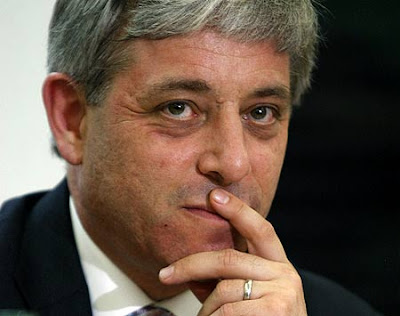 The test for me will be how UKIP react to Carswell’s Bill. If they ignore it, and they stand against good eurosceptic MPs who vote for an IN/OUT referendum, if I lived in Buckingham, I would not vote for UKIP and Farage.

But if UKIP demonstrate that they do understand that their role is not to compete with Conservative eurosceptics, but to work together to win Britain’s independence in whichever way that can be done, by not standing against referendum-backing MPs, and by supporting Carswell’s efforts, then they would be demonstrating good faith, and greater intelligence of the situation they and we face.

There is a need for one or two more powerful eurosceptic voices in The Commons, but this blanket 500 Constituency regardless of how many eurosceptics they block from Parliament has got to stop, if UKIP, Farage and Pearson want to be taken seriously.

We have one Carswell in Westminster as it is. There will soon in all probability, be many others like him. The bigger the landslide for Cameron, the more backbenchers Carswell could find to back his efforts.

UKIP need to decide, are they really in the game of power? Or are they a bit of theatre, used by the media to colour the scene?

The Carswell Test will tell you.

If I was Conservative and living in the Buckingham Constituency, I would demand loyalty to Carswell’s cause from Farage and UKIP, in the way I describe, before ratting on the Bercows, who seem a mixed blessing with all the ‘antics’.

But how are we to know? They seem surprisingly popular with the locals! And what if John Bercow seizes the chance of backing Carswell’s Bill as his best defence against Farage?

PICTURE AT TOP – Carswell on Newsnight, when he launched his motion in no confidence in Speaker Michael Martin. His campaign to get rid of Michael Martin, The Speaker, succeeded, to the surprise of the media and a highly sceptical Jeremy Paxman.

Farage’s attempt on Buckingham is only possible due to Carswell’s pushing out Martin, and the elevation of Bercow to Speaker. Maybe Farage’s progress in the seat will now turn on Carswell a second time. 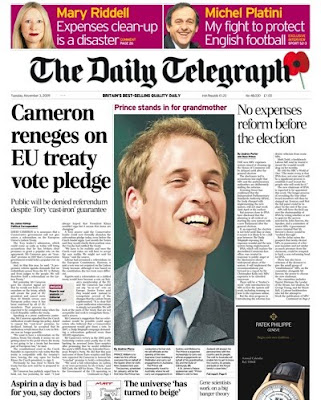 AND FINALLY THE QUESTION OF CAMERON ?

The question is, are UKIP as serious about getting Britain out of the EU as Carswell is? If not, they should go and play elsewhere.

Until and unless Cameron moves to block Carswell’s attempt to get an IN/OUT Referendum Bill enacted, UKIP should wake to this direct challenge to their credibility, or be ready to lose Buckingham and many more votes besides.

If, on the other hand, Cameron scotches Carswell, then none of what I write would apply. Would, though, Cameron dare to enrage his eurosceptic supporters a second time just months before a General Election? I’d be very surprised…..

In the absence of intervention, it is Carswell who will be setting the agenda. The more Cameron does to block Carswell, the more he is opening the door to UKIP. But if Carswell is able to play from the back benches, UKIP should be cheering him to the rafters, not lurking in silence, as if nothing of significance was taking place. And any MP backing Carswell’s Bill should not be facing a UKIP challenger for his seat.

9 Responses to “Will UKIP and Farage Pass The Carswell Test?”