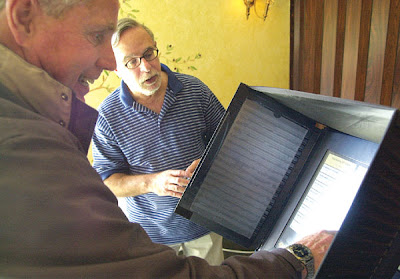 Old Rightie has picked up two stories relevant to election-rigging.

One is that the Register from the highly suspicious Glenrothes byelection, you know, the one that mysteriously disappeared, has at last turned up.

The only trouble is that it’s been wiped clean so no checks as to who voted can be carried out. Now that is just the slightest bit suspicious.

Polling suggested that Labour and the SNP were neck and neck each with 43% of the vote. But on the day Labour won with a cracking majority of 5000.

That was a little suspicious in itself, but then the register vanished.

For the first time in a British election, respectable commenters began to express doubts as the validity of the result due to possible rigging having taken place.

Now with the register turning up again, but wiped clean, that suspicion lingers on, and grows.

Postal voting in Glenrothes, incidentally, was off the scale.

The second choice bit of election news from Old Rightie concerns the Campaign to Save Election Night, whereby traditionally all Constituencies have to count their votes immediately the polls close, providing no opportunity for ballot riggers to tamper and fix any results, and making a highly absorbing evening’s entertainment to boot.

Apparently 100 Local Authorities have decided not to carry out a count immediately, as permitted for the first time, but to store the ballot boxes until Friday. Elections are on Thursdays.

Now, asks Old Rightie, would those hundred Constituencies just happen to be the marginals?

He is trying to find out.

ALSO – Labour election managers seem to have a magical ability to predict the timing and results of opinion polls HERE.

Are they perhaps involved in managing expectations prior to the actual election?

Surely they don’t expect to get away with rigging the General Election? 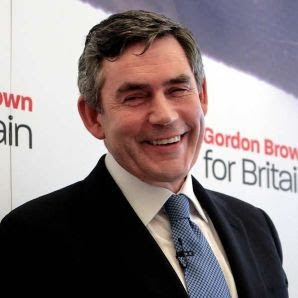 UPDATE – There is no mistaking the Labour election narrative – victory.

Tory Politico – Gordon Brown said today that he was relishing the chance of taking part in the historic debates, saying “Bring it on,” in an interview with the Daily Mirror. Highlighting the strategic importance Brown is now putting on the debates, he predicted they would help propel Labour to a fourth straight election win.

But inside Labour ranks, there is a different feeling – that the task of fighting back to victory is simply too big.

The Telegraph has learned that there is increasingly a mood of desperation among Labour MPs who believe Number 10 is kidding itself about any revival in the polls.

A narrowing of the gap has given Mr Brown renewed confidence but one MP said that a reality had to bite soon.

He added: “All we have done is recover some of the ground when our ratings fell off a cliff during the expenses scandal when the main beneficiaries were the small parties.”

And yet if Brown believes that Glenrothes-style tactics are capable of pulling off an election ‘victory’, Britain is indeed in big trouble.

With no democratic system in place capable of getting rid of him, Brown, in denial of all realities, shut off inside his one world government bunker, and dreaming messianic dreams of saving the world, will, without doubt, lead us on to financial and political disaster.

There are few words adequate to express the seriousness of the situation. All I can think of at this moment, is this –

The road to Hell is paved with good intentions.

Gordon is convinced of Gordon’s rightness and his date with destiny as the world’s saviour, at the very pinnacle of the bureaucratic elite. As the Labour MP says, reality has to bite sometime. The problem is that with Gordon Brown, it never does.

Just the little matter of 100 ballot boxes and a few pieces of paper, and his journey to the very roof of the world can continue on to its inevitable conclusion. It seems that there is no one on this planet who is going to be allowed to stop him.

Hat Tip – Old Rightie for the story and picture.