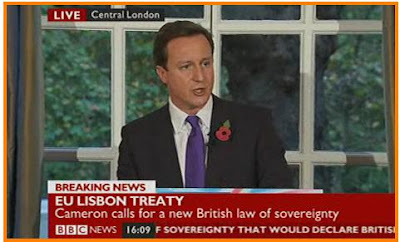 The latest twist in the roller-coaster ride in the polls which has happened in the last three months is for MORI to give the Conservatives a 17% lead in their last pre-Christmas delayed declaration.

As I have said constantly over recent weeks, the polls have followed the ‘narrative’ taking a 20% Conservative lead six months ago, down to a 6% lead in the infamous Ipsos MORI effort in November.

I have tracked the history of this change of direction from the point of view of the narrative, showing how the first person to mention the Hung Parliament was Michael Heseltine, and the second was Ken Clarke. This happened as Cameron was espousing his policy of Lisbon rebellion.

The HP narrative notably started inside the europhile wing of the Conservative Party, who were angry at Cameron’s stance.

It should be noted that today’s MORI Poll showing a 17% Conservative lead does not mean the end of the Hung Parliament Narrative.

In The Guardian today, you read this –

Labour believes that, despite the PBR, it can still recover reasonably swiftly to a position where it is just 10 or so points behind the Tories in the new year, a gap narrow enough to give it hope going into an election campaign.

That tells you to expect another poll first off in the New Year from the ‘narrative-compliant’ pollsters giving a 10% lead to the Conservatives.

The game is not over yet.

(UPDATE – In fact a 9% lead was delivered by Com Res the very next day, almost as if it were an order being carried out)

They will be back at it again in January, they assure us, manufacturing the expectation of a Hung parliament.

Once the expectation is again in place, they can move from there to preparing their election-rigging strategies to bring the result about.

They will also no doubt be attempting to neutralise the effect that the new independent pollster Angus Reid Strategies is having on their plans.

It was the gap between MORI’s 6% and ARS’ 17% Conservative lead that did most to undercut the Hung Parliament Narrative, which has no doubt contributed to the decision to temporarily ‘suspend’ the HPN over the Christmas period.

They want to send everyone back to sleep, as many were becoming alerted to the discrepancies and the ‘poor field work’ in the polls giving the Conservatives 6%, 8% and 10% leads.

They will, meantime, no doubt try to exclude Angus Reid Strategies from pre-election polling in some way, so that they get things back as they like them, where they can create an expectation of the election result they desire, the one they intend to deliver, just like they did in 2005.

And yes, there does seem to be a whip effect being played out on Cameron to be a good boy, by Heseltine, Clarke and their friends in high places. Since Cameron’s Lisbon speech, he is no longer trusted by the Europhiles. The controllers will do everything in their power to keep him at bay, and crush his efforts to hold out hopes for British Sovereignty.

Have no fear. They’ll be back again with poll-rigging to the fore. New Labour and all their trickery will be as hard to kill off as Rasputin. See Guardian article containing Labour’s promised New Year narrative HERE. 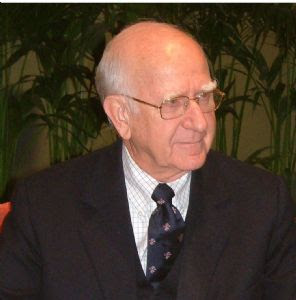 The impact of the PBR moved the economic optimism in the country from last month’s 46% believing the economy was going to improve in the next 12 months falling precipitously to 32%. At the same time, the satisfaction level of Gordon Brown fell another 10 points, to just 28% and the government also by 10 points, to 21%.

If he’s right, then any more bad economic news and Labour might find they cannot manage expectations to a Hung Parliament after all. No wonder they’re rushing to the finishing post, and looking at a March 25th Election date. But another small voice in the back of your mind says that at Angus Reid Strategies, the Conservative lead never left 17%, and that Bob Worcester is using the PBR as his face saver.

If the other narrative-compliant pollsters don’t bottle out of complying with Labour’s polling demands in January and produce yet more Hung Parliament-compliant polling results, Labour will be pumping their economic achievements at the same time. Labour will be announcing the end of the recession at the moment they call the election. The question is, will anyone still believe them, or their wavering pollsters by then?

Maybe more of the pollsters will start pulling up the white flag as Bob Worcester has done this week. It’s only a month ago, if you remember that he managed to grant Labour a substantial polling lead in London, based on the views of only 50 people, which did seem pretty barmy. Nice to see him back in the realm of sanity. Let’s hope he stays around, and a few others from the narrative-obeying pack come across and join him.

He was made an Honorary Knight Commander of The Most Excellent Order of the British Empire in 2004 in recognition of the “outstanding services rendered to political, social and economic research and for contribution to government policy and programmes”. He took British citizenship later that year, and in 2005 his knighthood was made substantive[1] (allowing him to use the title “Sir”).

Clearly Sir Bob Worcester owes much to New Labour for his advancement, but then, for sure, they no doubt owe him and his ilk quite a lot for theirs! Perhaps Christmas is a good time for all narrative-compliant pollsters to be considering the best place for their future loyalties to lie. After all, Rasputins usually end up getting done in one way or another. Why be amongst the casualties? 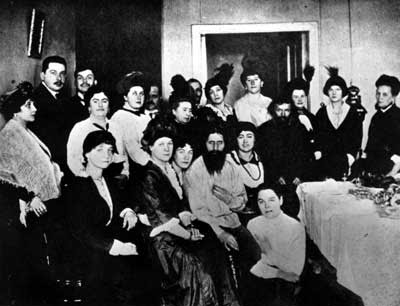 23 Responses to “Labour Do Hung Parliament Narrative To Death”