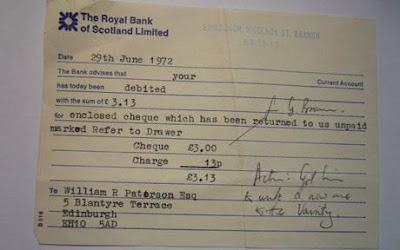 How big are British Government spending and borrowing? The Government claimed in the PBR in November that its borrowing was GBP 178 billion, which was a forecast figure made six months previously, adjusted by a mere GBP 3 billion. Despite falling revenues, and extra spending being required, the Government clung to the forecast figure like a drowning sailor holding onto flotsam.

The revenue figures were released a month later in December, which enabled Darling to play the fiction that he didn’t know that revenues were tumbling, when he announced the PBR in November.

My figures, after reading various reputable sources, are that government borrowing is not GBP the 178 billion that Darling claimed in November, but at least GBP 232.

It might be more depending on spending levels not yet reported for November/December. They can hardly have gone down.

Government revenues (income) I found in an accountant’s web page (BDO) given at GBP 496 billion for 2009, down from GBP 606 billion in 2008. This Press release states that government revenues declared by the Treasury five weeks after the PBR were GBP 50 billion below projections given in the PBR five weeks earlier. See statistics here. That means that borrowing is at least GBP 50 billion higher than the figure given in the PBR.

The dramatic deterioration of the public finances was laid bare by Treasury figures showing that the total Government tax receipts in 2008/09 were over 9 per cent below the Chancellor’s forecast made only five months? ago in the November 2009 Pre-Budget Report. The outturn of £496 billion for 2008/09 fell £50 billion below target – a shortfall exceeding the combined government spending on transport, housing and the environment.

They must mean five weeks ago, not five months ago.

These revenue figures need comparing to expenditure, the difference being the current year’s borrowing requirement.

What is the correct expenditure figure?

That information is cloaked in a sea of barely comprehensible terms, and needs quite a little teasing out from the HM Treasury report, which gave the position at the time of the PBR.

On this HM Treasury site which claims to tell you what the expenditure figure is, and how the numbers are to be interpreted, they have not one but three separate numbers to report, and the relationship between the figures is not immediately clear.

The first is TME which stands for Total Main Expenditure. This figure is the sum of AME, which is the Aggregate of departmental Main Expenditure, and DEL which is not explained in words, for some daft reason, and which seems to be partly related to Capital Expenditure. DEL splits into two figures, Resource and Capital.

Taking the figures given for each of the two categories of expenditure, AME and DEL, and adding them together, presumably provides the total TME. That would be the first hypothesis to test, at least, to see how the figures look, when related together in this way.

The sum is as follows.

The odd thing is that the TME figure in the report’s summary is given otherwise, not at GBP 728 billion, but at GBP 628 billion, exactly GBP 100 billion lower. 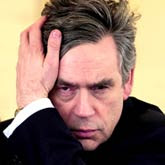 Is that a slip of the pen, or a little bit of obfuscation? It’s the biggest slip I’ve ever come across, if it is, the mere matter of GBP 100 billion. If you are going to put a ‘mistake’ into a set of accounts, you should always make it a big one, we are always told by government spinners.

If the GBP 728 billion figure is right, and it checks out to the totals given in the PBR according to BDO, Britain’s government is spending no less than 58% of the country’s GDP. The highest figure I had ever heard previously was that it was approaching 50%.

What is going on? Even with all ‘capital’ spending, viz. GBP 48 billion removed from the sum, which would be spurious, government spending is still 54.4% of GDP. Where is that information being mentioned and discussed? Nowhere.

The Revenues from Taxation figure (GBP 496 billion) should be deducted from the TME to give the current year’s borrowing requirement.

The Revenues we know to be – 496 billion from BDO.

The borrowing requirement is therefore GBP 232 billion (728-496), which is, with the size of the UK economy at GBP 1.26 trillion, spot on 18% of GDP, which is considerably bigger than the government’s claimed level in November of near 12%.

For the latest GDP figures see HERE. Quarterly GDP is given as GBP 315 billion. To get the annual figure, I multiplied this by 4.

SEE ALSO – Marketwatch from August 2009,HERE, which explains that the GBP 178 billion current year borrowing figure is a Government forecast, which was obviously too optimistic even in August, let alone by the time of the PBR in November 2009, when Darling repeated the GBP 178 billion figure.

Net borrowing by the British public sector rose to 16.1 billion pounds ($26.6 billion) in August, up from 9.9 billion pounds in the same month last year, the Office for National Statistics said.

Economists said the rise was less than anticipated by the market but still pointed to a worse outcome than currently forecast by Britain’s Labour government. The Treasury has forecast a total borrowing requirement of more than 175 billion pounds for the current financial year, exceeding 12% of gross domestic product.

It seems that the true borrowing and spending figures are being kept well out of sight as politically inconvenient by Brown. How long can he keep the truth from spilling out? That is the question.

How soon will he be engulfed by his deceptions, as his debts overwhelm the creditworthiness of the country? If revenues fall to GBP 450 billion, and spending is needed at GBP 750 billion plus next year, and the GDP continues to fall, the government’s borrowing in 2010 could be over 25% of GDP.

You might say that at last Britain under Brown truly leads the world….in government spending and state debt. As no MSM carries any figures such as the ones I have found by a little digging around, no one in the world seems to realise what an incredible mess Britain is in.

AT TOP – An earlier financial problem of Brown’s – his rental cheque wwas returned to his landlord unpaid when he was a student. He said he had used the wrong cheque book.