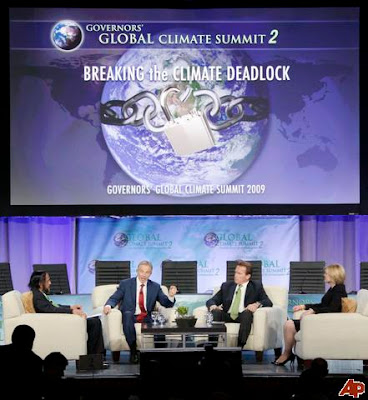 Blair called the cunning financial ‘partnership’ network he created through which he doesn’t pay any UK tax even though he’s UK resident and UK domiciled, by the name, Windrush. He has so far received US$10 million through this avenue, from undeclared sources since he left office.

Many questions have been asked about what Blair is up to, how he’s managed to avoid tax completely, and where the earnings might be coming from.

Zap Papa, an otherwise anonymous artist, said the name Windrush must be reminiscent of the asinine Ian Carmichael character Stanley Windrush in the 1959 film comedy I’m All Right Jack.

“The film had a general theme of intolerance towards trade union activity – quite apposite in regard to the pompous target of your investigation,” Zap Papa said.

Windrush registered a domain name The Low Carbon Capital Fund, which gives some clue that Blair might be expecting to make money out of the CO2 carbon credit industry that he has assisted into existence, in some way.

The link of Blair to the Indian Company Tata, who bought Corus (formerly British Steel) and recently closed The Redcar Steelworks to win US$1 billion in carbon credits, only to open a similar plant in India, is well known. And the link from there to the global climate talks through Pachauri, a Tata director spouting bogus science, is being followed by Lord Monckton. (Click Pachauri for Telegraph article on Pachauri’s involvement with the cap-and-trade worldwide carbon industry)

Pachauri tried to hide his Tata connections but a little more light has been shed on Pachauri’s connections recently. If Blair is also getting pay-offs from carbon, it would be sensational news.

Apart from the desire not to pay any tax, Blair has also decided to hide the source of all his earnings. Why would he be doing that unless he had something to hide? You would imagine an ex-British Prime Minister would want everything nicely above board. 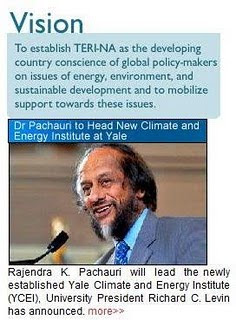 Now, just in outline, Tony, what is this Low Carbon Fund?

How do you get paid and what for?

Blair’s in dock currently ‘answering’ tricky questions about his Iraq ‘lies’ in 2003. Maybe the lying account is yet far far bigger than anyone has so far realised. When Blair’s hiding things, you have to admit, we have learned to remain curious.

There are other clues on wikipedia, which inform us that Blair works as a ‘climate change adviser’, and that he, like Pachauri, also has a nice tie-in with Yale University in a curious environmental/religious/financial link-up.

In January 2008, it was confirmed that Blair would be joining investment bank JPMorgan Chase in a “senior advisory capacity”[135] and that he would advise Zurich Financial Services on climate change. Some sources have claimed that his role at JP Morgan will pay more than $1m (£500,000) a year.[136] This additional salary will contribute to annual earnings of over £7m.[137]

Blair also gives lectures and earns up to US$250,000 for a 90-minute speech.[138][139] Yale University announced on 7 March 2008 that Blair will teach a course on issues of faith and globalisation at the Yale Schools of Management and Divinity as a Howland distinguished fellow during the 2008–09 academic year. 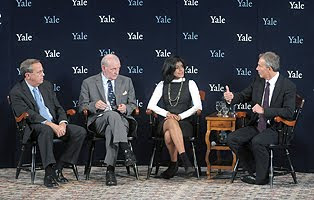 Can anyone unravel this slimy tale?

Management combined with Divinity for Blair?

Climate combined with Energy for Pachauri?

And both linked to Tata, as well as Yale.

How do such diverse subjects manage to be linked together? Is there a missing link somewhere to explain all this, kept out of site? Could it all be riding on Tata’s Billion Dollar gains, made from Carbon Credits, as it closes down British steel-making?

The Head of Yale University, Richard Levin, who appointed both Blair and Pachauri, is not short of a bob or two either. Climate Change doesn’t seem to involve sacrificing wealth for its main protagonists as it will do for virtually everyone else, and especially British workers –

During his presidency, the University has invested $4 billion in the renovation and construction of its facilities, announced a billion-dollar commitment to strengthen the University’s science and engineering programs, launched numerous international initiatives, and designed innovative partnerships to advance economic development and home ownership in New Haven.

In mid-June 2007, President Levin announced the University purchase of the Bayer HealthCare complex, a property that features over 500,000 square feet of state-of-the-art research space, as well as office buildings, warehouses and other facilities. Most recently, the University Trustees approved the expansion of Yale College and the future construction of two new residential colleges.

It seems like, while British industry is closed down by the people Blair agreed could buy it during his last few months in power, the very same people are now his biggest buddies and financial co-beneficiaries, all linked up with the Climate Change lobby and Yale University.

Blair’s landed in climate clover. Britain and the rest of the world meanwhile pays a heavy economic price. Blair and Brown created the largest debt bubble in history. They’ve handed the City of London to be closed down by the EU’s Regulators, and our industry to climate-thieves. What will be left once the full account for Labour’s years in power is presented? Not much by the look of it.

In his Copenhagen speech, Blair admits that the science is not conclusive, but says it doesn’t need to be, as the risks are so great that even doubt is sufficient a basis on which to deindustrialise countries like Britain. Read his words HERE.

Brown is baying for blood about The Class War, and he’s chortling that Conservative tax policy must have been designed on The Playing Fields Of Eton. When will the Conservatives ask Brown about the tax loopholes being used by Blair to hide his millions?

Was Blair’s personal tax strategy created on the sofas of Number 10 Downing Street?

When will Brown be taking action to close down the loophole being used by his former colleague, presumably all of which happened without his knowledge, ahem?

There are too many unanswered questions.

BLAIR AT YALE – You can find Blair on Youtube talking to Levin in a seminar on Religion and Globalisation, as in the picture, uttering endless inane platitudes. It’s excruciating to watch, with Richard Levin playing the sycophant to his ‘big fish’, and Blair trying to act out the role, and pretend there is any substance to this whole arrangement….other than the money of course.

The Daily Telegraph wrote Blair Gets The Soft Treatment At Yale. That’s the trouble with Blair. He always avoids any real questions by neutralising opposition with his plausibility and (kept out of sight) financial acumen. I guess the Americans will work it out eventually. It’s so hard for most people to believe that that charming smiling person is anything other than plausible. People should count their change the first time they meet Blair, not, as he pleads, give him the benefit of the doubt. As far as he is concerned, there is no doubt, just the need to find a new bunch of suckers all the time. Yale, Congratulations. For now. He’s yours!

How pitful and lost Blair looks now compared to the moment he left The Commons, below. It could all have been so different. If he had only been able to fulfil his initial promises and tell the truth, but lying was New labour’s default mode from the beginning until today. His tragedy, Britain’s tragedy and now the world’s tragedy, is that he never was that paragon of virtue that he promised he was, when he bid for power. (See Peter Oborne’s ‘The Rise Of Political Lying’ for the sickening details).

See him at his best, as he was the day he left The House Of Commons. His talent is undeniable. But so too are his faults. Overall a great pity. It will take many years to undo the harm he has wreaked.

ALSO – The Telegraph finds that in Blair’s US IRS declarations, the lists of donors to his Foundation is missing from the records. LINK HERE.

Pachauri is a liar and a thief says EUreferendum.