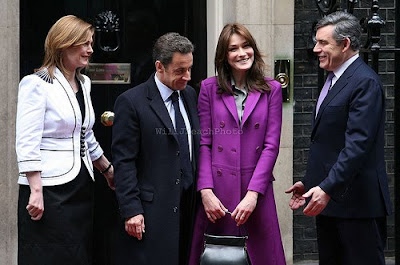 The day after Brown realised that his great friend Sarkozy is in fact an accomplished liar who has duped him, he makes a public appearance. When you compare it to the time the Sarkozys came over on their charm offensive, boy does he look bad now, and very angry!

You can’t nick pictures from The Sun so click the link please. HERE.

You can sense the bitterness as Brown demands of Sarkozy, ‘where are your troops in Afghanistan?’. The Sun headline from Tom Newton Dunn,’Where The Hell Are EU?’ captures nicely the spirit of the current relationship between London and Paris.

Do you think that for Brown, the Sarkozy penny has finally dropped?

In other media, the discussion is all about class. Matthew Parris in The Times. Charles Moore in The Telegraph. All the attention is on The Tories. Zac Goldsmith. Michael Ashcroft. Eton.

But Labour are so far, somehow invisible in all of this, which is very odd when you think about it. What of the pasts of Mandelson and Brown, for example? 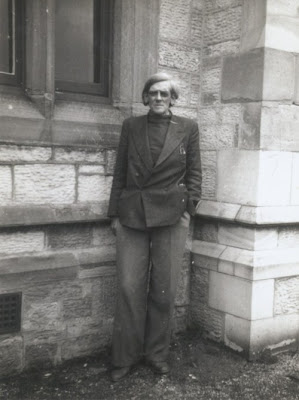 I guess the idea of Labour spinners is that the British people would prefer to be governed by 1970s Marxists and Leninists, who’ve built a heavy disguise around their pasts, but who still believe in destroying private wealth (other than their own, of course and that of their mates and their families), 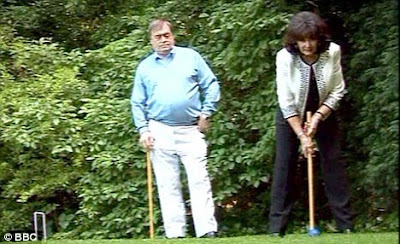 (PICTURE – The Prescotts relaxing at a game of croquet. This was seen, along with his two Jaguar cars as symbolising the plush lifestyle of a former working class hero. Why shouldn’t he have a game of croquet, for god’s sake?! But how many property deals were done that helped his son’s real estate empire to grow to multi-million size from nothing, while his father, coincidentally, had so much influence over planning decisions.)

than people who openly admit who they are, their only crime being that their parents paid for their education, and paid millions to the state in taxes. The point being that people who handle their own finances well and with honesty and openness, will probably have a significantly higher chance of doing well with the State’s finances, which is, or should be 90% of the task of government.

They have less incentive to milk the system if their motivation for power is to build a better society. That is of course what Blair and New Labour claimed to be. But the hunger to make money seems to have been a stronger force for most.

And then what about Gordon Brown? Where is he coming from?

It is often stated by Brownian biographers that, unlike other high-ranking Labour politicians, he was not taken in by Communist Party membership as a student, and that he remained loyal to the Labour Party from the very beginning. I guess they repeat the story they are given. But Brown clearly had one major fascination which has underpinned his political development right through from his student days and into his adult career, and that fascination is with just one character. This person is none other than James Maxton MP of the Independent Labour Party, who lived from 1885 to 1946. It sounds innocuous enough.

It’s not a name that shouts out at people today, and 99% of them would never have heard of him, but Brown not only based his Glasgow University PhD on this man, but he also subsequently penned Maxton’s biography, published as recently as 1986. Maxton’s career speaks volumes to anyone who wants to look into the detail. Apart from being a conscientious objector who went to gaol in WW1, and who was still advocating pacifism throughout WW2, he took up the most extreme left wing positions at every opportunity. He was furious that the Labour Party formed a deal with employers after the General Strike in 1926, and as a result broke away to form the Independent Labour Party. He was the most extreme of the extremists.

Brown’s own biographic details pass over any detail about Maxton, leaving him as a rather anonymous character, worthy of interest only to those who have academic interest in political history. But not only was Maxton himself unable to see any practical reason why anyone should be able to create wealth and then be allowed to keep it as individuals, there is the evidence that he too had a political hero who inspired his actions, beliefs and words. Maxton too wrote a biography, and was clearly inspired and strongly influenced by the person whose life he described, one Vladimir Ilyich Ulyanov, or to you and me, Comrade Lenin. 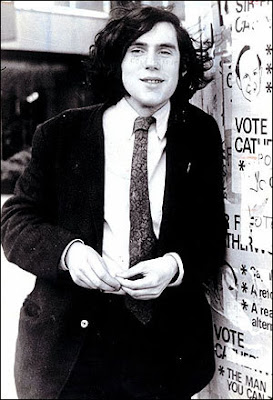 Now it wouldn’t do to admit that Gordon Brown, New labour Prime Minister of Great Britain was a Leninist, but if he was, it would frankly explain why he has destroyed our economy so conclusively and so stupidly in such a short space of time. Only a class war fantasist could imagine it was a good idea to lay waste the totality of the country’s middle class savings for old age, to throw away its gold reserves, and become the most heavily indebted G20 nation, as he nationalises banks.

It does indeed explain why we are in quite such a mess. Maybe the media will get round to looking over Gordon Brown’s and Mandelson’s pasts once the Tory Toff narrative starts to tire.

PICTURED – Maxton, Gordon Brown’s political hero, and Leninist. Churchill described him as the greatest Parliamentarian of his day.