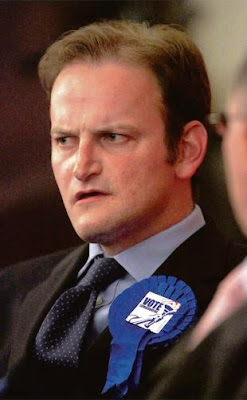 I read the details of the ‘Lord Strathclyde meets Lord Pearson’ story on the BBC website, where Pearson offered to disband UKIP if an IN/OUT referendum were to be held.

It was really a pretty hopeless attempt.

The two key elements of this proposed plan are that Britain quits the EU and that UKIP then disbands. My first thought is that UKIP would not need to disband. There would be no further support for a Party which stands for EU withdrawal. The offer, however to disband was not even offered as a certainty. The wording of the discussion was that UKIP would probably disband. How hopeless is that!!!

The other problem is that Pearson states that he believes an IN/OUT referendum would be won by OUT. That is a nice thought, but there is no certainty of such an outcome.

Even if more than 50% of the people voting were to choose OUT, the whole electoral and voting system is, to say the least, in a worrying condition. Postal voting, and control of voters’ identities is in a woeful state. The handling of ballot boxes is also an area of concern, especially as ballot boxes are now to be stored overnight.

Before any legitimate referendum could be held, a lot of work needs doing to improve electoral procedures. The shambles of the rigged Irish second referendum should give a lesson.

The problem with UKIP is that they live in a parallel universe where none of these issues exist, while Cameron has to deal with all the complexities of the real world. EUKIP are like attention-grabbing kids, not interested in the details. They just want their demands met and that’s it.

When IDS was the Conservative leader, he had banned the Euro in perpetuity, and he was moving towards a withdrawalist standpoint by degrees, but UKIP did absolutely nothing to protect him from attack by the Europhiles, or support him, standing idly by and saying nothing as he was ripped limb from limb. The Conservative leadership was, as a result, lost back into the hands of the Political Class, when it could have been saved.

Farage was relieved IDS was gone, and was happy to be back in business, when for a brief second, he thought his role of Political Class baiter in chief would be over. The key point is that when UKIP were given the chance to change Britain’s future, and to get rid of the EU, they realised that was the last thing they wanted, especially if that was to be achieved by someone else, and not them.

Here is the BBC’s report.

We offered that if we got a clear, written promise with an agreed wording for a referendum on whether we stayed in or left the European Union… then we would stand down for the general election, providing we had this absolutely clearly in writing.
“And then when we had the referendum – which we believed we would win – we would then be out of the European Union and then at that point UKIP, well it would have been up to UKIP, but it would probably have disbanded because its major point would no longer be in existence.”
Lord Pearson said he had taken the proposed deal to Lord Strathclyde, the Conservative leader in the Lords, after UKIP beat Labour into third place in this year’s European elections.
He said he was acting on behalf of Mr Farage and told Lord Strathclyde to relay the offer to Tory leader David Cameron.
Lord Pearson told the BBC: “We made this offer to Tom Strathclyde, who was going to see David Cameron two days later. He said I’ll talk to David.”
However Lord Pearson said in the end he did not get an answer. He told the Times: “I’m so angry with them now.”

Pearson, by the way, benefits from EU farm subsidies on his Scottish Estates to the tune of hundreds of thousands of pounds. Farage too has trousered GBP 2 million in EU expenses, unaccounted for over ten years. Their supposed anger never stops them receiving all the money on offer…hence the acronym ‘EUKIP’ – European Union – Keep It Paying.

After what happened to IDS in October 2003, and Hague in 2001, the current Conservative regime realised that with the media in the hands of the EU’s friends, the Political Class which stood firm against euroscepticism, the only way to get elected would be to be not openly europolemicist, but EU-nebulous. Like the American Navy and nuclear weapons on board their ships, the Conservatives will neither confirm or deny their future EU moves.

UKIP asking Cameron to commit electoral suicide with an IN/OUT referendum offer, (in return for nothing concrete), and then claiming to be angry at his refusal, is about right for the EUKIP Kids. They don’t understand the needs of fighing the Political Class. They leave that to others. They just want whatever it is they want, and they won’t be happy til they get it. But what is it that UKIP wants anyway? I’m dashed if I know.

If they want to get out of the EU, what is the strategy? Standing in 500 Westminster seats is going to block potentially highly activist Conservatives from reaching Westminster, people like Douglas Carswell MP Harwich (Pictured), who would be instrumental in any moves against EU membership once the repatriation of powers efforts are complete. He is already campaigning for an IN/OUT referendum from within the Party.

One Carswell in Parliament is worth more than the whole of EUKIP. That is the truth, but how many people in UKIP have even heard of Douglas Carswell? The BBC won’t be mentioning him any time soon. He’s not playing EUKIP-type media games, or receiving nice fat pay-offs, or making trouble for David Cameron. He’s biding his time, remaining loyal to the only Party which will ever be able to get Britain free from its near 40 year old EU entanglement.