Get yourself an intelligent man Cheryl, and one who doesn’t **** *******. (Auto-moderator intervention). 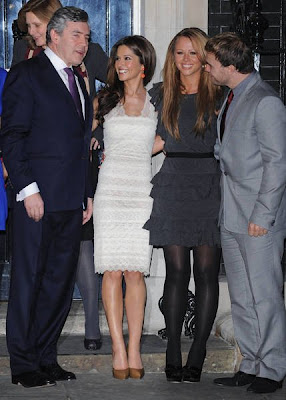 Or do you fancy Gordon, maybe?

You wouldn’t be the first, but he’s very boring apparently and spends all the time saying how much he is going to spend on his next shopping trip, but then can’t find his cheque book. 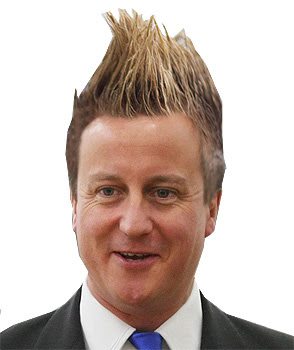 Cameron’s too normal for you, I can see that. (Cheryl called him ‘slimy’).

But please dear, don’t confuse your hunger for attention, with any perceptiveness worthy for the world to hear about.

You can call 10 Downing Street any time you like, until about May.

By the way, have you ever met the real David Cameron, or only seen him on Labour posters? I thought not.

Cheryl likes a bit of rough, when she’s away from the cameras and miming songs on video. Maybe if she could actually sing, it would help. No wonder she’s so insecure.

From The Times Whole story here.

A POP singer racially attacked a nightclub lavatory attendant after allowing chart success to go to her head, a court was told yesterday.
Cheryl Tweedy, 20, of the Girls Aloud group created by the television contest Popstars: The Rivals, punched and screamed racial abuse at the attendant, Kingston Crown Court heard.

She was so enraged after being asked by the attendant, Sophie Amogbokpa, to pay for sweets that she had taken in the ladies’ lavatory that she had to be physically restrained by a male manager.

Mrs Amogbokpa, 39, a part-time law student, told the jury that Miss Tweedy punched her in the left eye, knocking her glasses off, and subjected her to a stream of racial abuse.

Nicola Roberts, a fellow band member, had been drinking in the VIP area of the Dance nightclub in Guildford, Surrey, with Miss Tweedy when they walked off to visit the ladies’ lavatory. Miss Roberts selected some of the lollipops, gum and perfume left out beside the sinks and indicated to the attendant that Miss Tweedy would pay.

Mrs Amogbokpa said Miss Tweedy, who stuffed lollipops and gum into her handbag, became aggressive and refused to pay. “When I asked her for the money, she said, ‘My father owns this place, I’m going to deal with you, I’m not going to give you any money’,” the attendant told the court.

“She was screaming and talking. She said, ‘You f****ing black bitch,’ just over and over. No girl had ever behaved that violently in the toilet before. She got close to me and punched me in the left eye. I saw her coming, but I did not expect that she was going to hit me.”