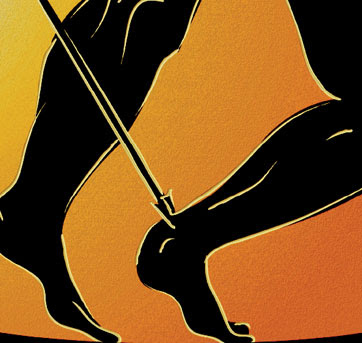 As For Britain’s Finances..

In the UK our troubles are deeply entrenched. Here is Simon Jenkins in The Guardian explaining why cutting spending is not happening – HERE, and how bloated bureaucracy is sinking the public finances, and no one dares to bring in any cuts or mention them even pre-an election.

Read then this extract from yesterday’s Tory Politicos, which gives you how serious Britain’s debt situation is becoming on the back of the out of control spending problem –

The cost of protecting U.K. debt from default was equivalent to that of Portugal, which is rated AA2 by Moody’s, its third-highest grade.

Credit-default swaps on U.K. government debt cost 74 basis points, up from 72.5 yesterday, according to CMA prices.

But not everyone agrees with Moody’s analysis. “The U.K.’s fundamentals are dismal and don’t support the ratings,” said Mark Schofield, head of interest-rate strategy at Citigroup, adding: “Only if some pretty draconian fiscal measures are in place will the U.K. keep hold of its Aaa rating.”

It is worth pointing out that if Cameron acts and sounds as if he’s going to be the tough guy, win the election and sort all this out, Britain’s AAA rating might squeeze through intact.

If he looks a bit of a ditherer, that it could be a Hung Parliament, lenders will come to the conclusion that they want their money securing now, and the rating might fall the sooner. Britain would be thrust into a financial crisis, which would then be curtains for Labour’s and Brown’s hopes.

It does make you think, doesn’t it. What incentive does Cameron have to act the tough guy, and look like the election winner given this incentive, and this situation?

He should go a bit slow now, with all the pre-election polling games going on, as he is doing, offer no big policy initiatives to reassure Britain’s lenders, and allow Labour to sink into the economic mess they have created, unassisted.

Once the inevitable crisis happens, the story of the state of Britain’s finances at last will be clear to all. Cameron will be able to launch political and financial initiatives with people seeing him as the next PM for sure, while right now the media are playing games, running with Hung Parliament and Labour Majority narratives, which, for Cameron, would be very tiresome to deal with, were he to bother.

No. Let the Conservative lead sag if it wants to, for the next two months. Bankers will do the rest. The sinking of Dubai and Greece must be a good sign that the financial vortex of runaway state indebtedness is not far away for other big debtor countries, and Britain is one of the worst basket cases of all.

The crisis is almost inevitably going to be needed to give Cameron the opportunity he needs to wrest away authority from Labour. The political and voting systems are so discredited, that the public needs a crystal clear sign of Labour’s total failure before people turn to Cameron and the Conservatives in their very hearts. An election alone would not be taken as finite in the public’s mind.

This coming crisis could have been made to order.

Time and money are on Cameron’s side. He might as well go and make speeches to lustful sportsmen about Tiger Woods’ interest in his All Woman Shortlists, and talk to single parents at Gingerbread. It is Labour who are desperate to close off the deal quickly, not Cameron. It’s the debts, you know. Brown’s Achilles Heel….an entirely self-inflicted injury, and a totally crippling one at that. He lived by the sword of debt. Now let him die by it.

The Spectator shows the markets beginning to react –