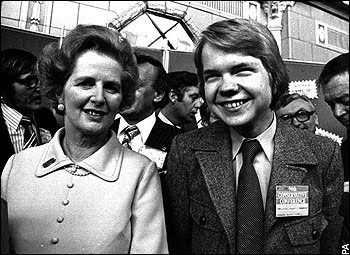 Richard North writes to me on www.eureferendum.com comments – ‘Have you ever tried writing thrillers?’.

No need. And no point. Fact is stranger than fiction. That is where you scientists come unstuck. You always want events to be logical. The plain and simple truth is never plain and rarely simple.(paraphrase of Oscar).

You are requiring Cameron to be a bigger writer of fiction with your theories, than anything I have said. I merely describe what I see. I remember a meeting with his earlier adviser just as he won the leadership. Few words were spoken, but I took a read from that meeting in which I tried to discuss possible tactics for the issue of the EU. Effectively my ideas were rebuffed. But in a way which puzzled me at the time, and I have often gone back to it in my mind since. There was and is definitely a deliberate attempt being made to park the issue.

But that, I am equally convinced, tells you absolutely nothing about the future course of events once Cameron wins power. Follow the words that are used by Hague on priorities. And judge from Hague’s general demeanour, his amazing, almost deliberate weakness and look of a wimp desperate to cave in as soon as he can. Yes this is certainly a game of bluff and double bluff.

I’m pleased you now see the wall, which must tumble. But before we tumble the wall, we have to get to it.

I have never received so much abuse before, as I have received, from commenters from eureferendum, after writing my initial comments there suggesting a possible strategy that Cameron may be following. The political internet is not for wimps. There are some nasty folks out there. Richard North attracts a few, but is not one himself. He gets frustrated and very angry, but he holds the level – just about – although the sexual cartoons of Cameron might make it impossible for him to be seen on platforms with those who seek future position. They are not that funny. Why bother to publish them on a serious blog? 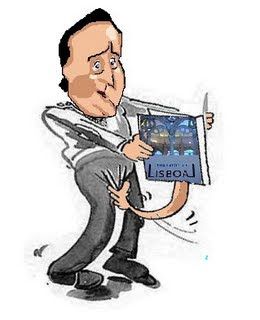 As I could not place my comment this morning on eureferendum, I’m parking it here.

Eurosceptics who doubt Cameron should want him to have the biggest majority possible.

Because the job now is to educate the public.

It would be possible for him to ‘tolerate’ open rebellion amongst MPs over the EU, if he has a huge majority, Conservative eurosceptic MPs against Cameron, with Labour down 122 MPs, as one prediction today, would become the effective opposition. The ensuing battle between a brilliant sheep impersonator, and his rebellious MPs would become the story, the narrative.

From there the public could be educated.

‘Cameron the sheep’-haters should therefore vote for him in droves, so they can then form a Parliamentary sub-group, in opposition to any sell-outs.