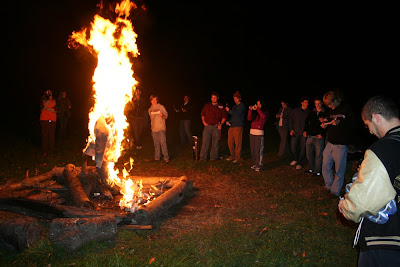 Until Cameron has spoken at 4pm today, the colour of the new era is still unknown.

If he fails to offer anything of strength to hold back the eurosceptic surge of anger and determination,the Conservative Party is finished.

If he succeeds, by making a strong enough response, he will landslide.

Surely he will offer a big enough response. Why otherwise has he created this moment of high drama? So he can crash? It seems unlikely, and yet every eurosceptic in the business from Bill Cash down, is breaking ranks.

If he doesn’t offer a good enough response today, the election becomes, as so many say, a method to get rid of Cameron. Whoever runs Britain for the next five years, becomes irrelevant. The long term takes over.

Today will decide the future of Britain for a generation. I understand and sympathise with the anger of eurosceptics, but until he has spoken, Cameron cannot be hung.

The season of rebellion is upon us. Will the bonfires have the Lisbon Treaty as their effigy this year, or tomorrow will it be wee David Cameron that burns?

As if!!! Hat Tip – Guido Fawkes Welcome to The Lis-Burn Treaty.

3 Responses to “Will Cameron Burn Tomorrow The 5th November?”