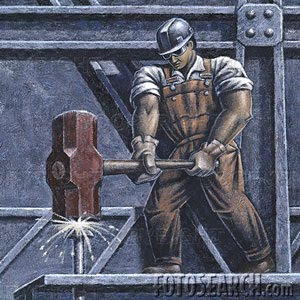 This is the last post I will be sending onto The Tap for a bit. I’ll be back but have personal business to attend to, which necessitates absence from the UK til roughly March.

I will be back before the General Election.

My thoughts for eurosceptics who doubt Cameron are this.

You should still vote for him.

Because UKIP is a wasted vote, as is BNP.

There is potentially a far more fruitful source of rebellion against Cameron, if he goes slow on his EU repatriation of powers programme, from inside the Conservative Party. People like Bill Cash, Douglas Carswell will be sure to wind up the situation if they see Cameron backsliding on his promises.

They will be able to be far more aggressive in attack if Cameron has a big majority, and equally, he can be far more tolerant of revolt.

The problem is now that the public need to be educated as to why Britain is in such a mess. The more Conservative eurosceptic MPs there are to fuel a rebellion, the more the public will get to hear of EU issues. If Cameron gets a majority of 200 plus, these MPs can open up quicker and more frequently, becoming the effective opposition.

There could be more Conservative MPs opposing Cameron than Labour MPs. That would be a much better situation for eurosceptics. Backing UKIP is the same as backing Labour. Why would any sensible eurosceptic wish to assist the enemy?

Cameron with 450 plus seats would be an unstoppable force. That level of victory is currently 12-1 at the bookies. In six months time, however that could come about, if all eurosceptics rallied and voted as one.

There could be two Conservtaive Parties in the House Of Commons, the loyals and the sceptics, a rerun of the wets and the drys all over again. Think About It. The drys can achieve far more to stop the wets if they can hold a Commons majority on their own. Conservative europhiles are a tiny minority. If Cameron proves to be the traitor some seem to believe he will be (I don’t), he could easily be toppled by the vast majority of his own euroscetic MPs.

Fell The Wall. Your vote is the sledgehammer that euroscepticism requires. Labour with 100 MPs. Conservative with 500. The EU would be finished, and UKIP out of a job.

8 Responses to “Vote Euroscepticism Into Power”